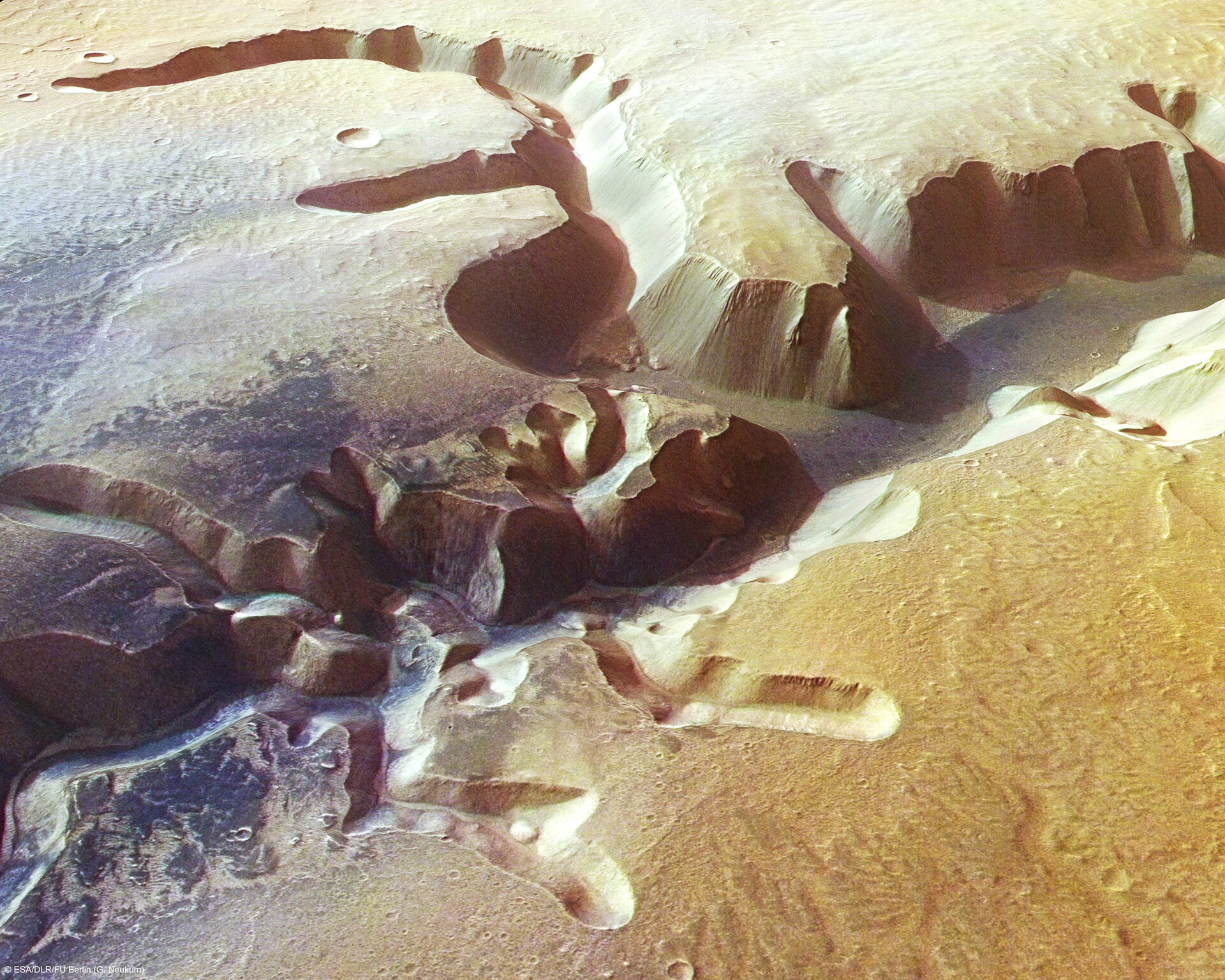 The dark material shows a network of light-coloured, incised valleys that look similar to drainage networks known on Earth. It is still debated whether the valleys originate from precipitation, groundwater springs or liquid or magma flows on the surface.