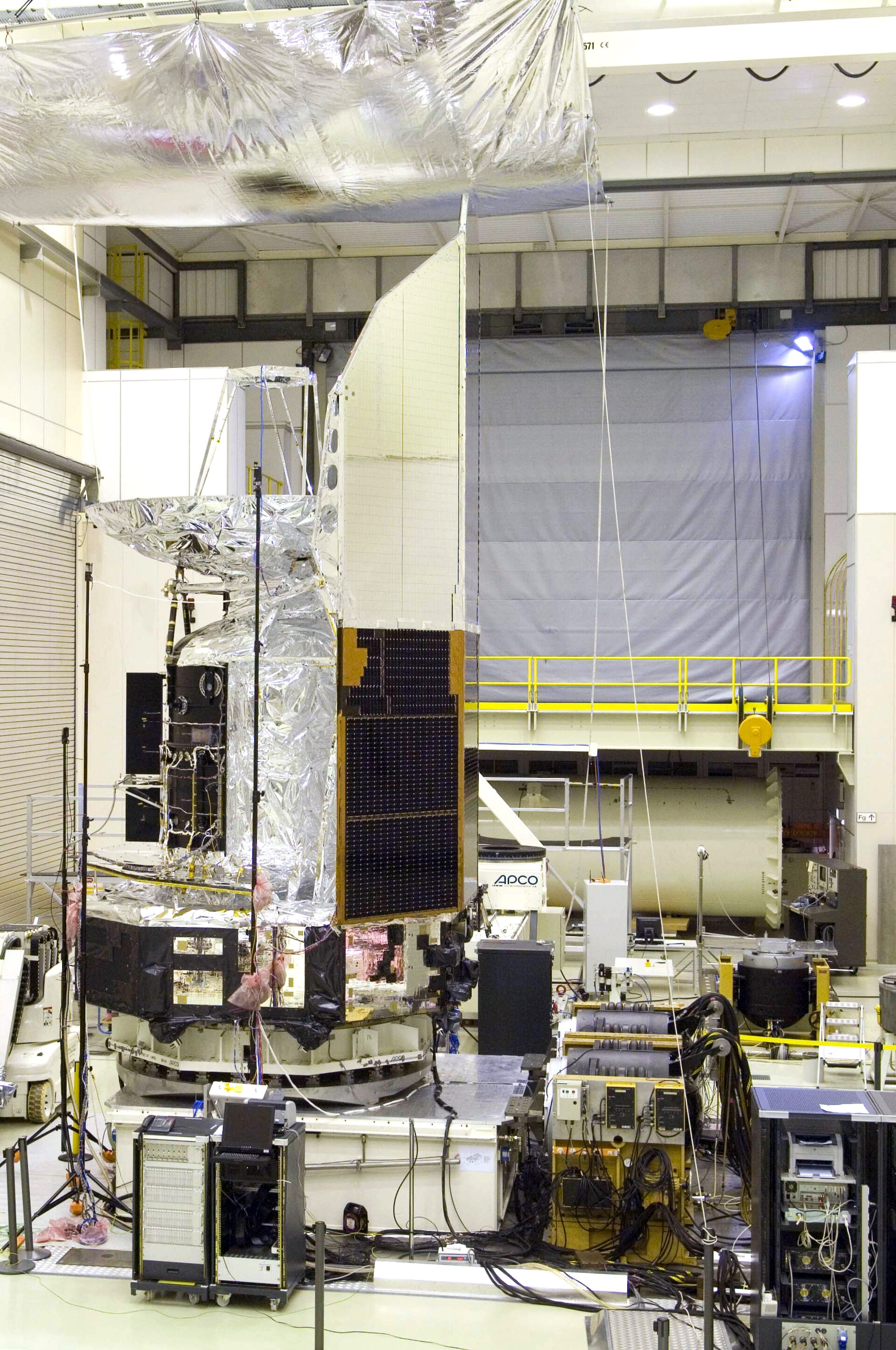 One of the major risks faced by a spacecraft stems from the high level of vibration to which it is submitted during launch. It is therefore essential to test a spacecraft and its components under similar conditions to ensure that it will be able to withstand the launch and arrive in orbit in perfect condition.

Herschel’s vibration tests, performed at ESA's European Space Research and Technology Centre, The Netherlands, started on 20 June 2008 and lasted about three weeks. The spacecraft was fastened on an electrodynamic shaker and then shaken at frequencies starting from 4 Hertz, increasing to 100 Hertz over a period of about 80 seconds.

Such vibration tests were also performed along the two lateral axes (the Y and the Z axis), four times each, with differing loads each time. The spacecraft’s electronic components were checked for normal functionality before and after each run.