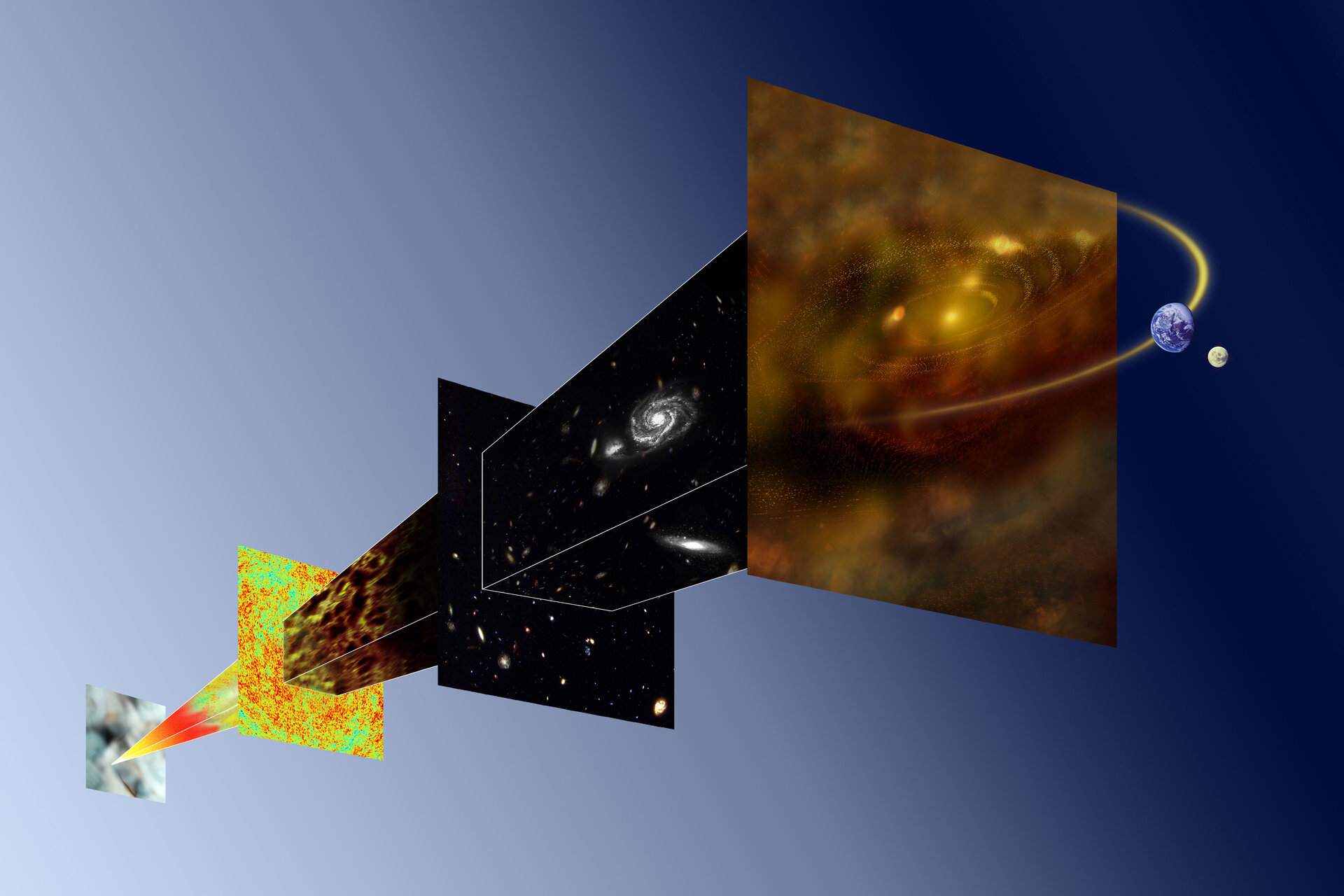 A trip towards the origin of space and time

At the beginning of the Universe’s life, temperatures were still very high: three minutes after its birth, the temperature was about 1 thousand million degrees K. Under these conditions, matter was ionised and tightly coupled to radiation, i.e. light could not travel freely. By studying the energy distribution of the photons at this early time, we can learn what the properties of matter were back then.

Slowly, as the universe expanded and cooled to below 10 000K, the ions began to recombine—this event is known as ‘recombination’. Recombination was complete about 380 000 after the Big Bang, when the Universe cooled to 3000K, and light was able to travel freely.

Most primordial matter is comprised of neutral hydrogen gas. It is transparent, so most of the light originating from this early period of the Universe’s history is able to reach us in its almost original state.