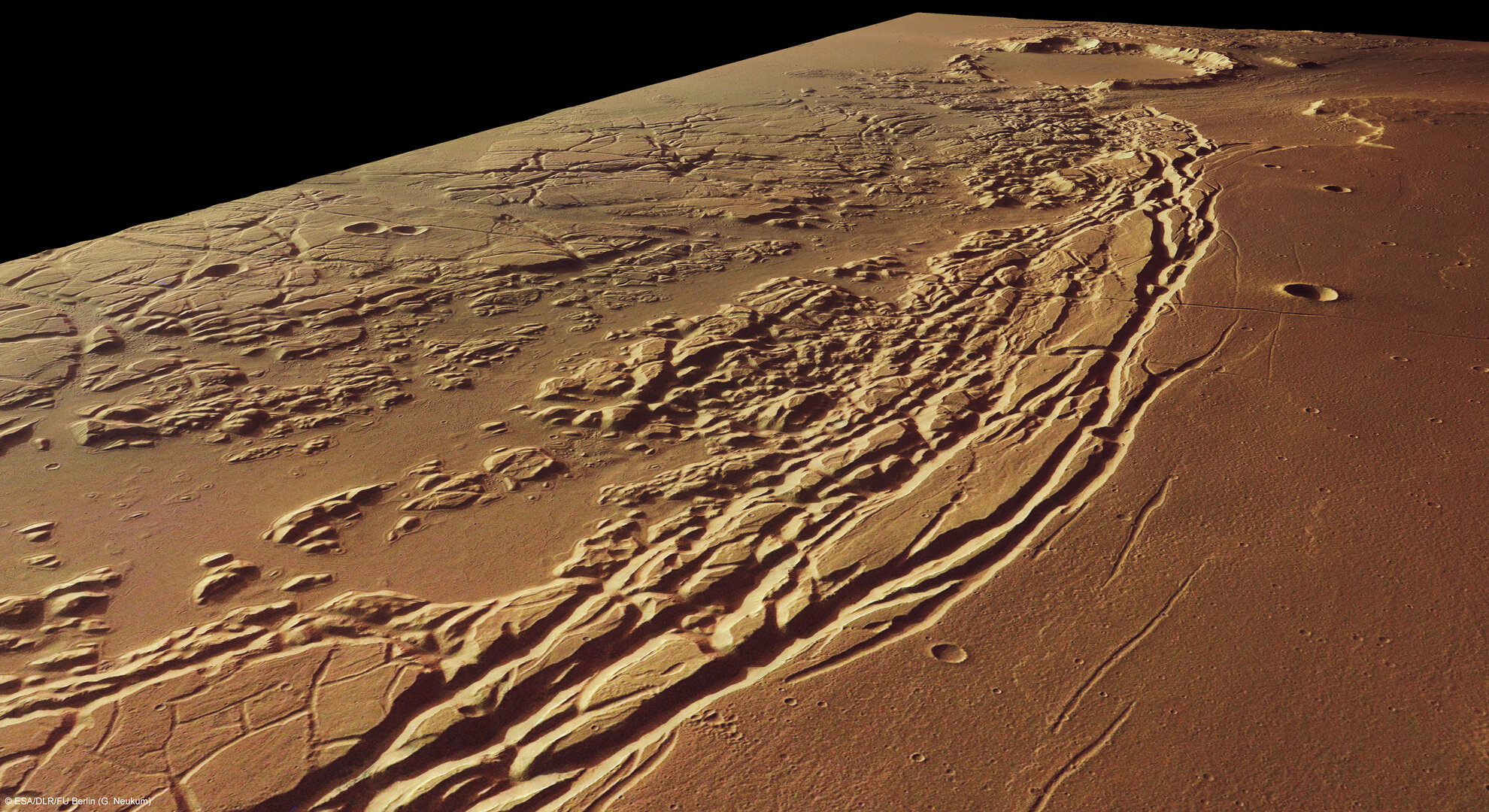 Mars Express flew over the boundary between Kasei Valles and Sacra Fossae and imaged the region, acquiring spectacular views of the chaotic terrain in the area. The images are centred at 12°N / 285°E and have a ground resolution of about 21 m/pixel. They cover 225 x 95 km or 21.375 sq km, an area roughly half the size of the Netherlands.

The image shows an old 35 km-diameter impact crater in the north. The crater’s southwestern rim is eroded strongly, mostly by flowing water. The source of the water was located in Echus Chasma, which lies about 850 km to the southwest.

The crater floor and the northwestern part are remarkably flat, formed by sediments and basaltic lava flows from the Tharsis volcanic region.

The lower part of the image clearly shows the boundary between the smooth, lightly cratered plain, and the area with numerous fracture zones. Most of the fractures along the boundary are parallel to the edge of the Lunae Planum.