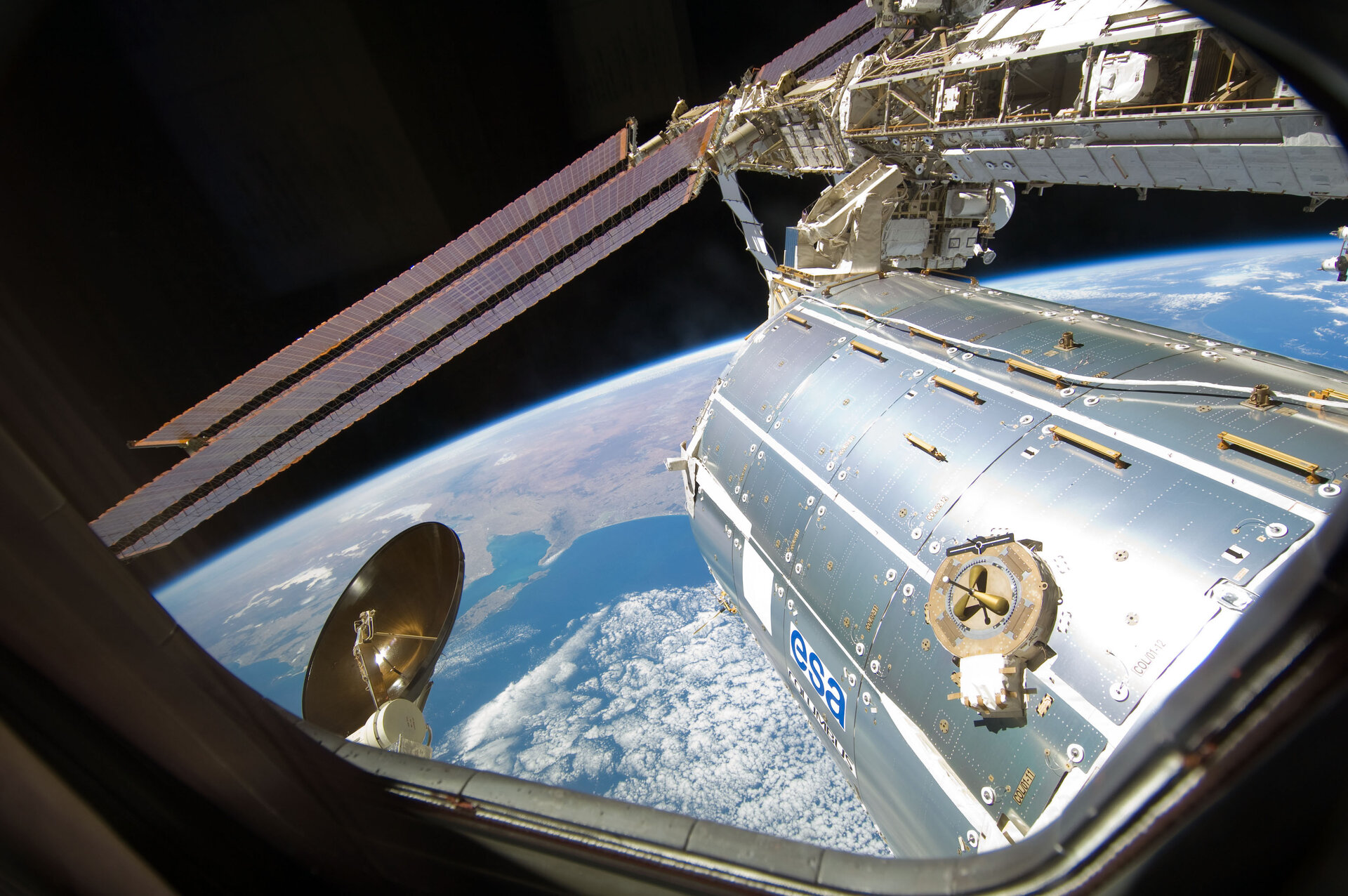 A view of the European Columbus laboratory installed on the International Space Station. Columbus was launched with Space Shuttle Atlantis on 7 February 2008. The new module was installed on the starboard side of the Node-2 'Harmony' during a spacewalk on 11 February 2008, approximately two years before the Node-3, another module 'Made in Europe'.