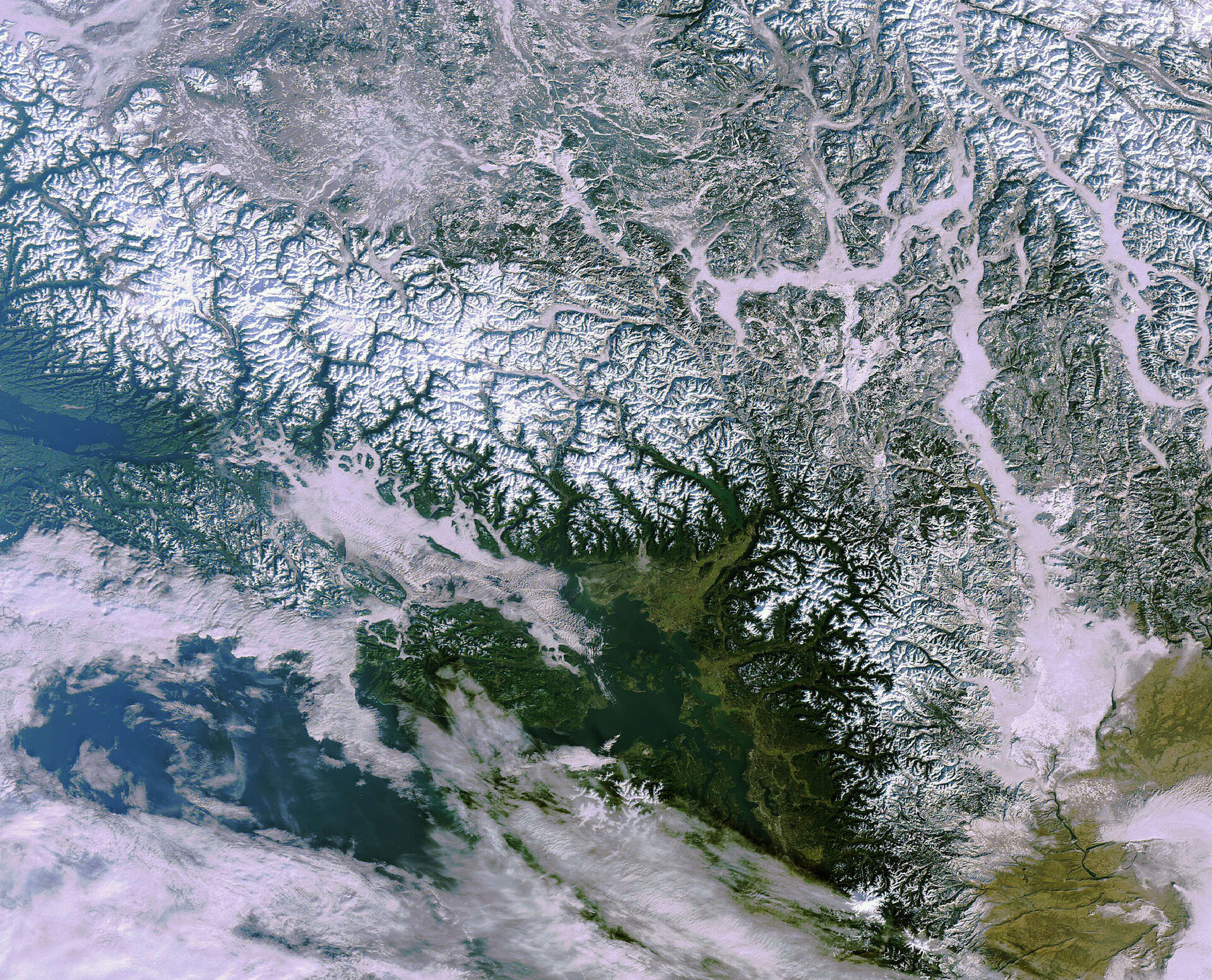 The Cascade Mountains (lower right) extend from southern British Columbia through Washington and Oregon to Northern California. Also visible in the image (lower right) is the northern part of Washington, the contiguous U.S.’s most northwestern-state.