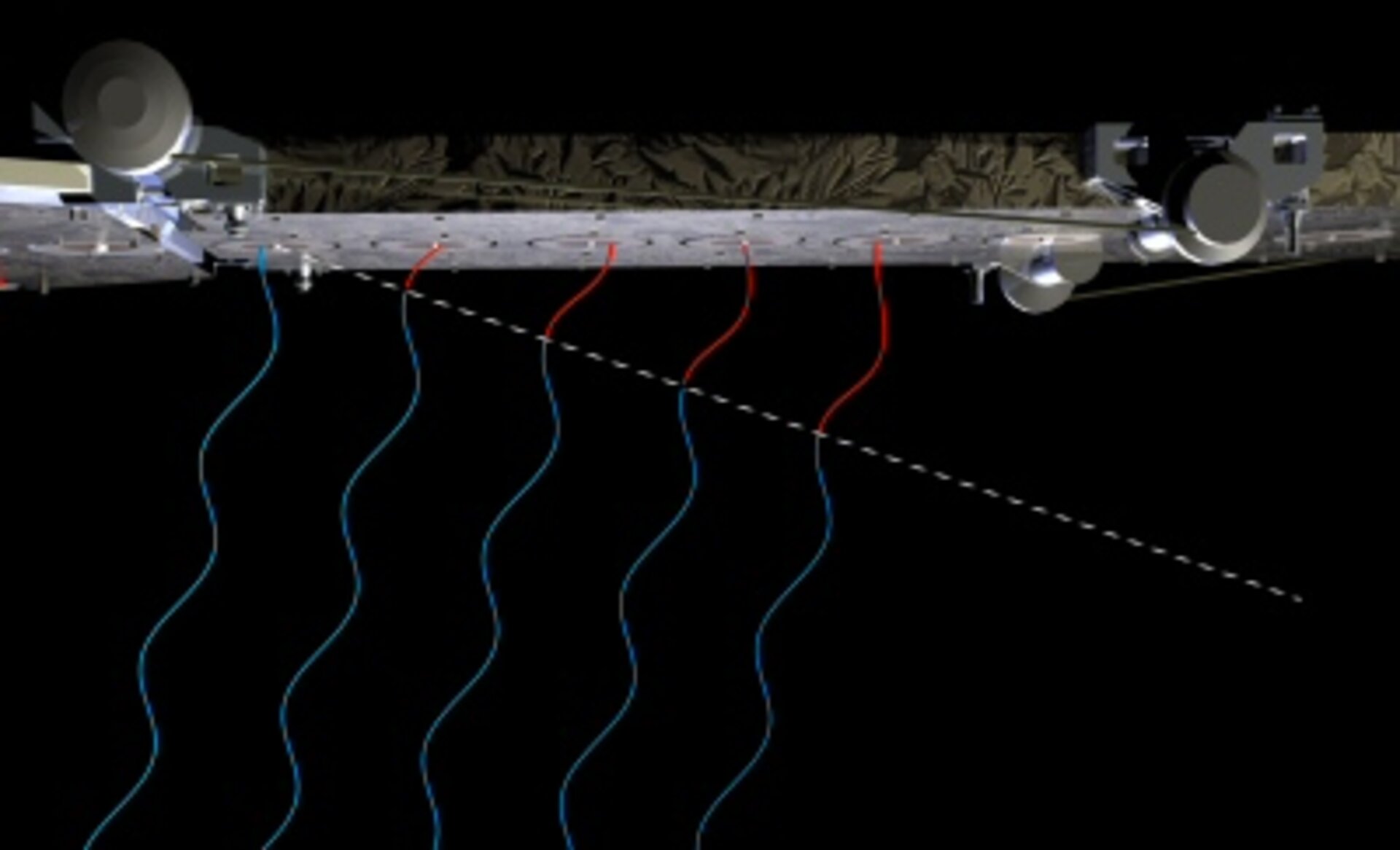 SMOS' MIRAS instrument is really a radio telescope looking down instead of up to gather faint microwave signals of Earth's land and sea surface. These signals are picked up by 69 separate receivers then precisely combined together using a method called interferometry to resolve a detailed image. To prevent electrical interference blurring the final image MIRAS designers turned to optical fibres - using light pulses to transmit information rather than electrical signals, they produce no electromagnetic radiation. There are more than 500 metres of optical fibres embedded within the MIRAS instrument.