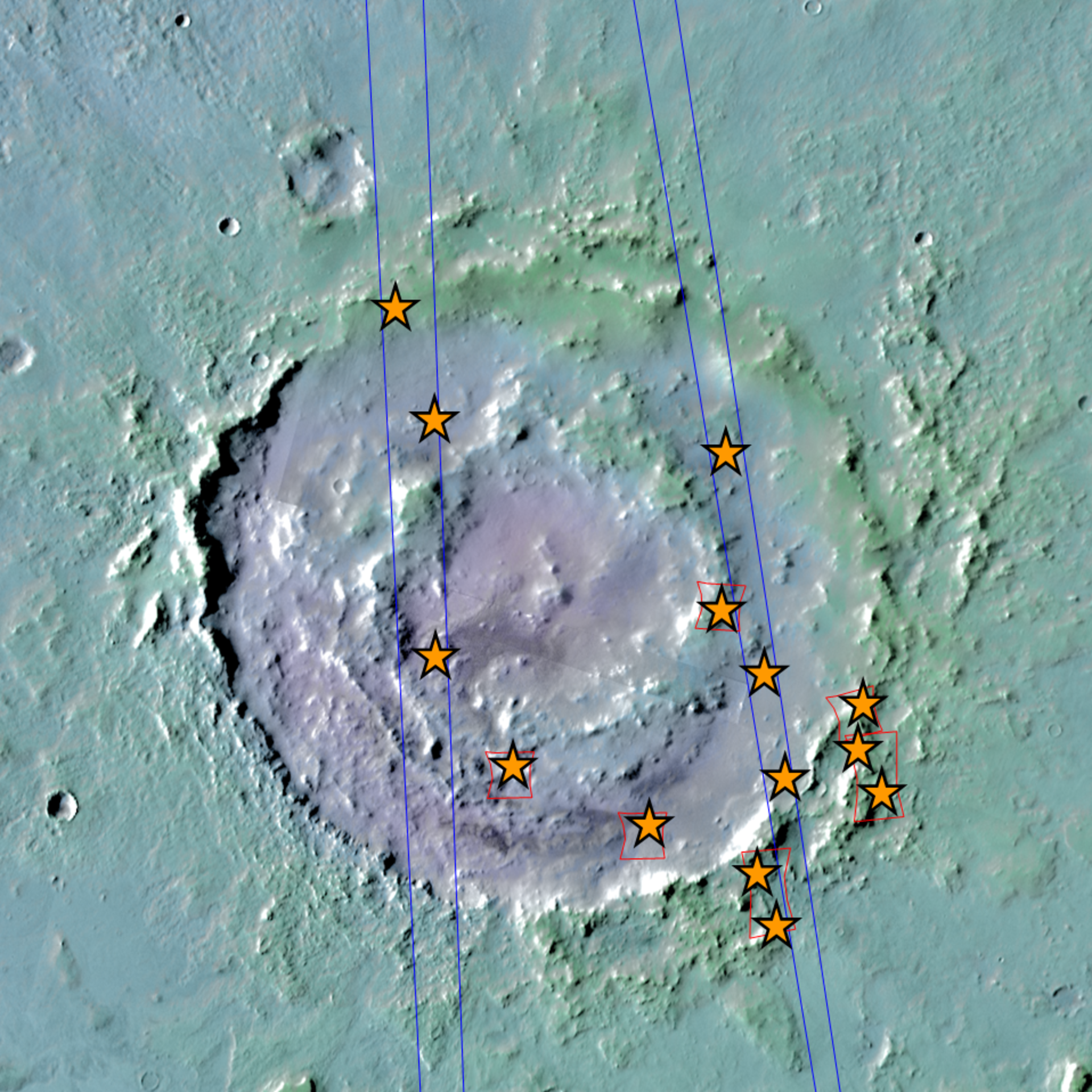 Lyot crater and the locations of the hydrated minerals

Lyot crater is 210km in diameter. The blue lines show the swathes of data taken by the Mars Express OMEGA sensor. The red boxes show the NASA CRISM pointings. The asterisks show the locations where hydrated minerals were detected. The OMEGA swathes were acquired in Dec 2004 (left) and March 2008 (right). The CRISM observations were taken between Jan 2008 and April 2010.