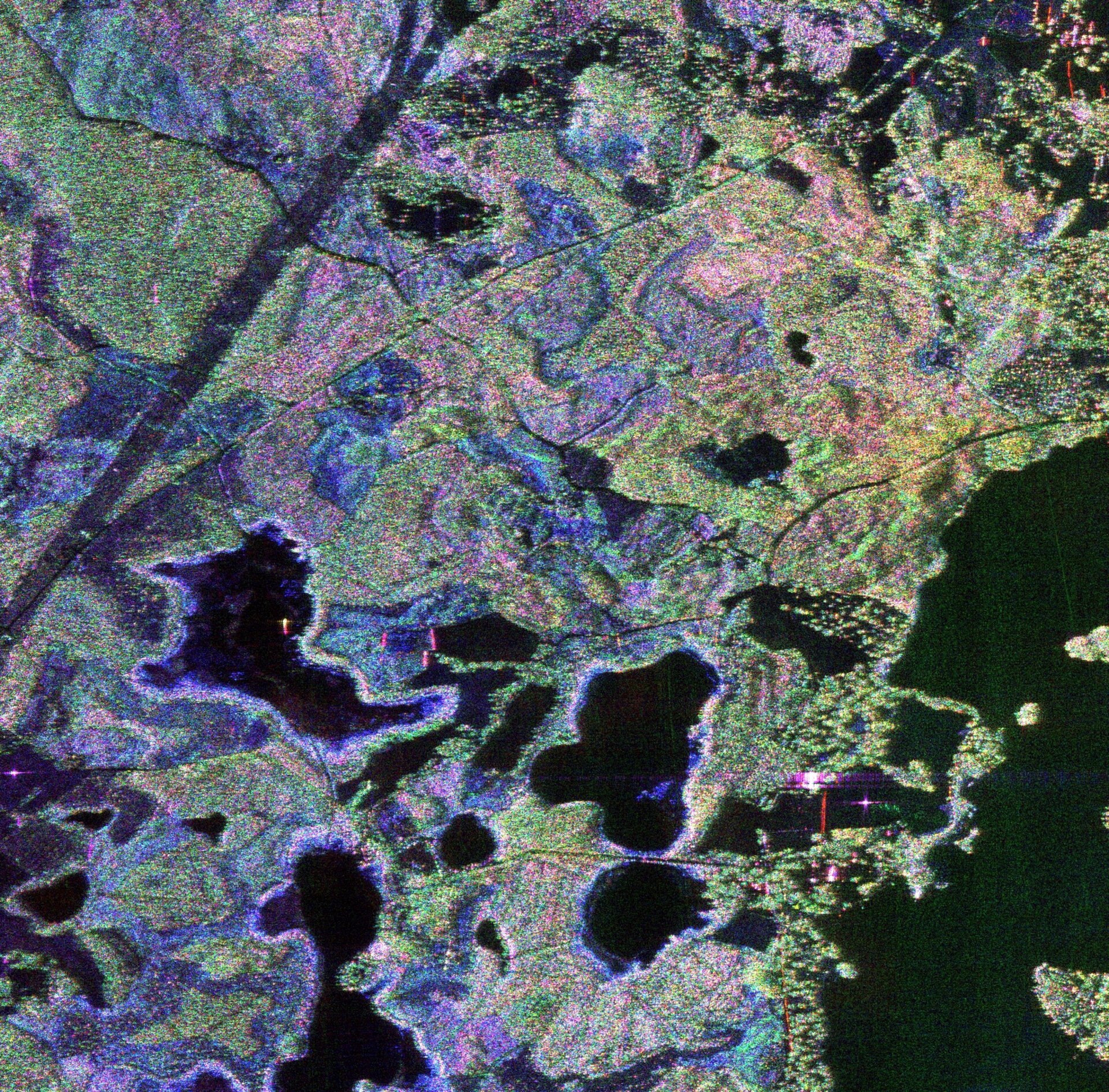 The scene is slanted measuring 2 ×2 km. The dark band in the upper left corner is the clearing along power lines. The darkest areas are lakes and ponds. Two trihedral reflectors, used for calibration and reference, can be seen in the lower third of the image: one very close to the left edge while the other one is further to the right. The different green/blue tints can be readily interpreted as variations in the vegetation cover, where the greener colours are associated with thicker vegetation.