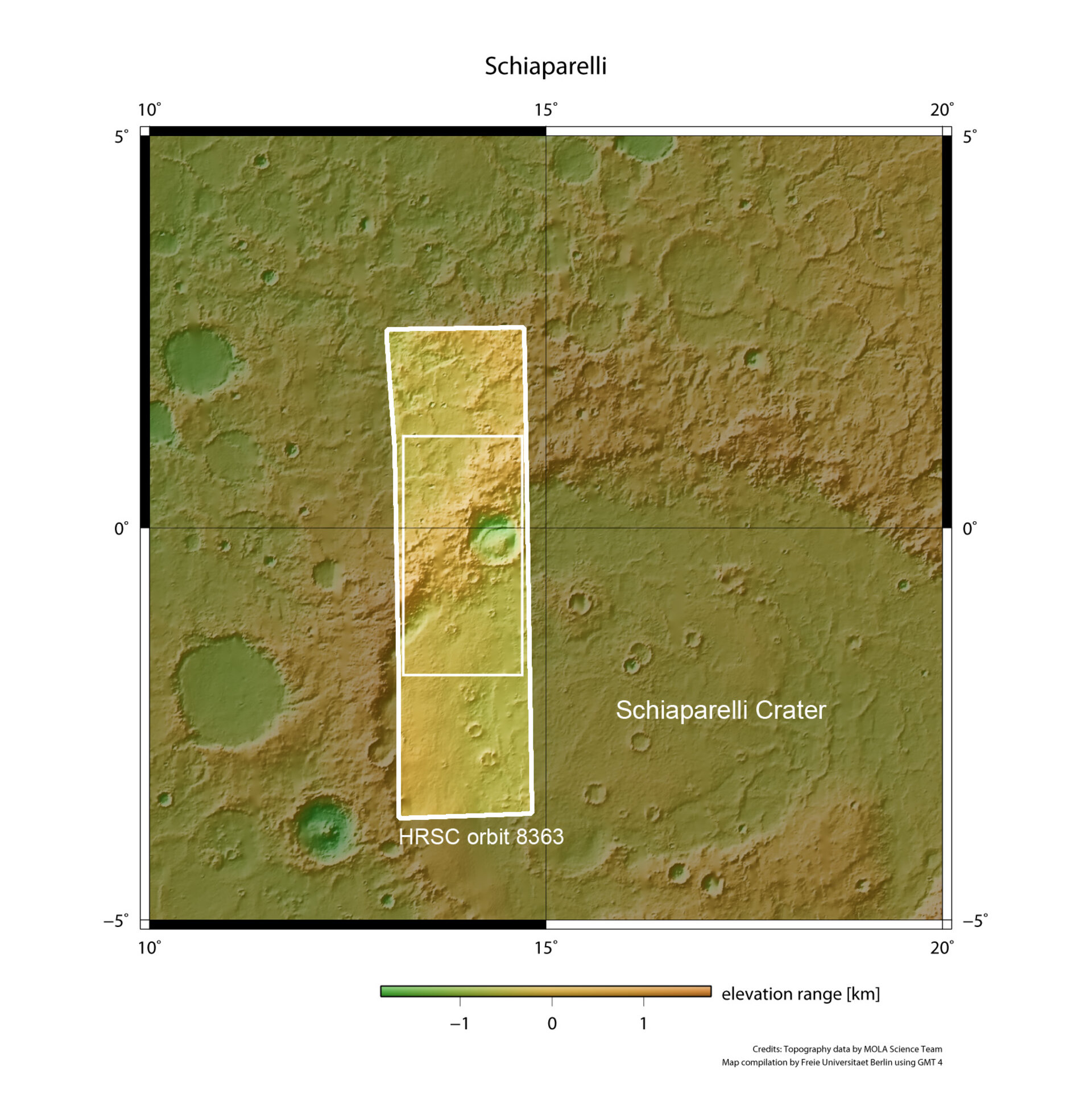 Schiaparelli is a large impact basin about 460 km across, located in the eastern Terra Meridiani region of the planet’s equator. This image is centred on the equator of Mars, at a longitude of about 14°E. The new Mars Express image shows just a small part the basin’s northwestern rim and a smaller 42-km-diameter crater in its rim. The new data were acquired on 15 July 2010 by the High-Resolution Stereo Camera (HRSC) on ESA’s Mars Express. The spacecraft was completing orbit 8363 of Mars.