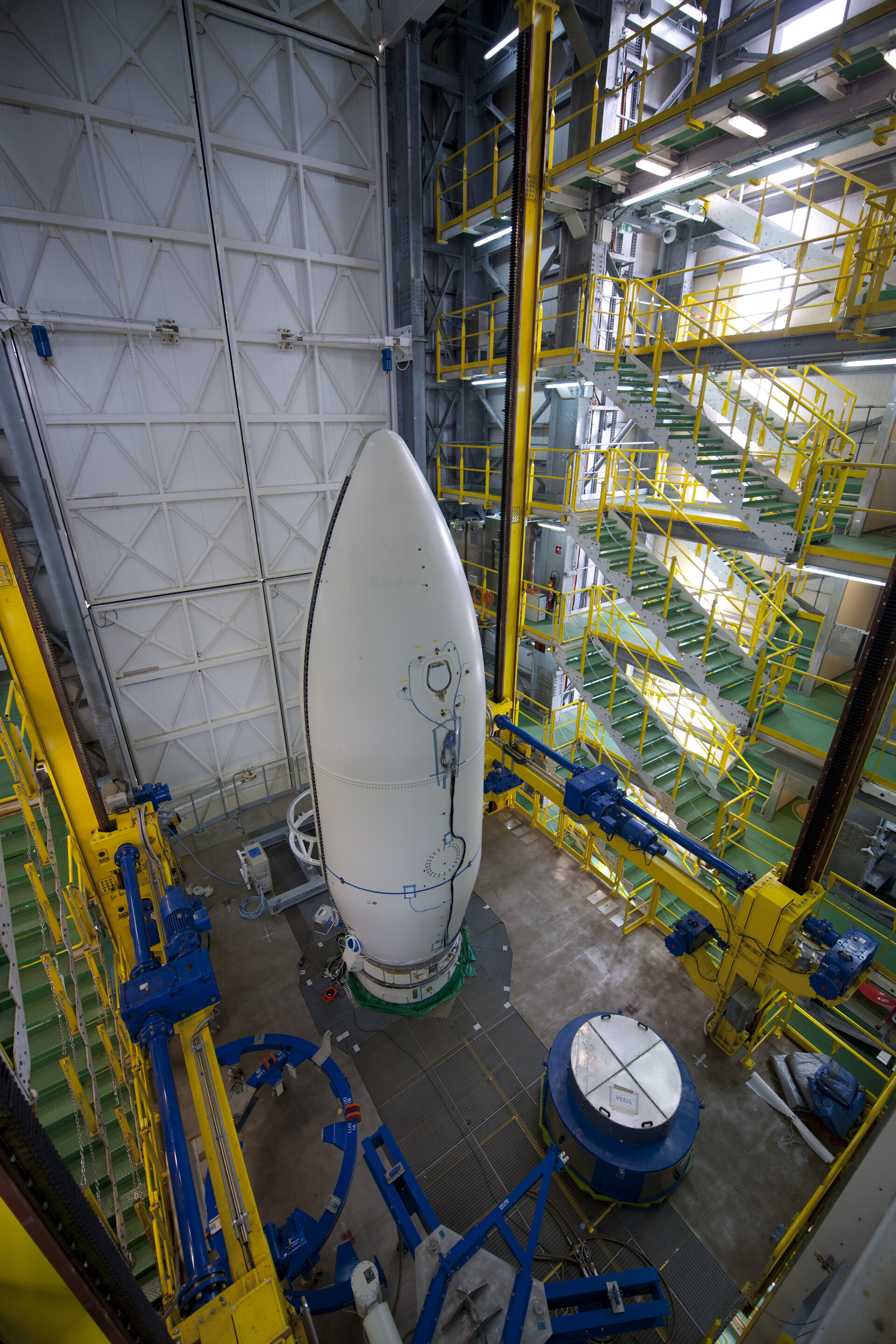 In February 2011 a full-scale mock-up of the new Vega launcher was assembled on the vehicle’s launch pad at Europe’s Spaceport in French Guiana as part of Vega's combined test campaign before the maiden flight scheduled for the second half of 2011.

Mechanical integration started with the transfer of the launcher’s first-stage model, the P80 solid-propellant stage, to the pad in November 2010.

The mock-ups of the other three stages, Zefiro-23, Zefiro-9 and AVUM, were then transferred and integrated in the mobile gantry, where launch preparations take place.

Vega assembly was completed with the addition of the payload composite, comprising a payload mock-up, the payload adapter and the fairing. The composite was first transferred from the payload preparation building to the launch zone and then hoisted onto the vehicle.