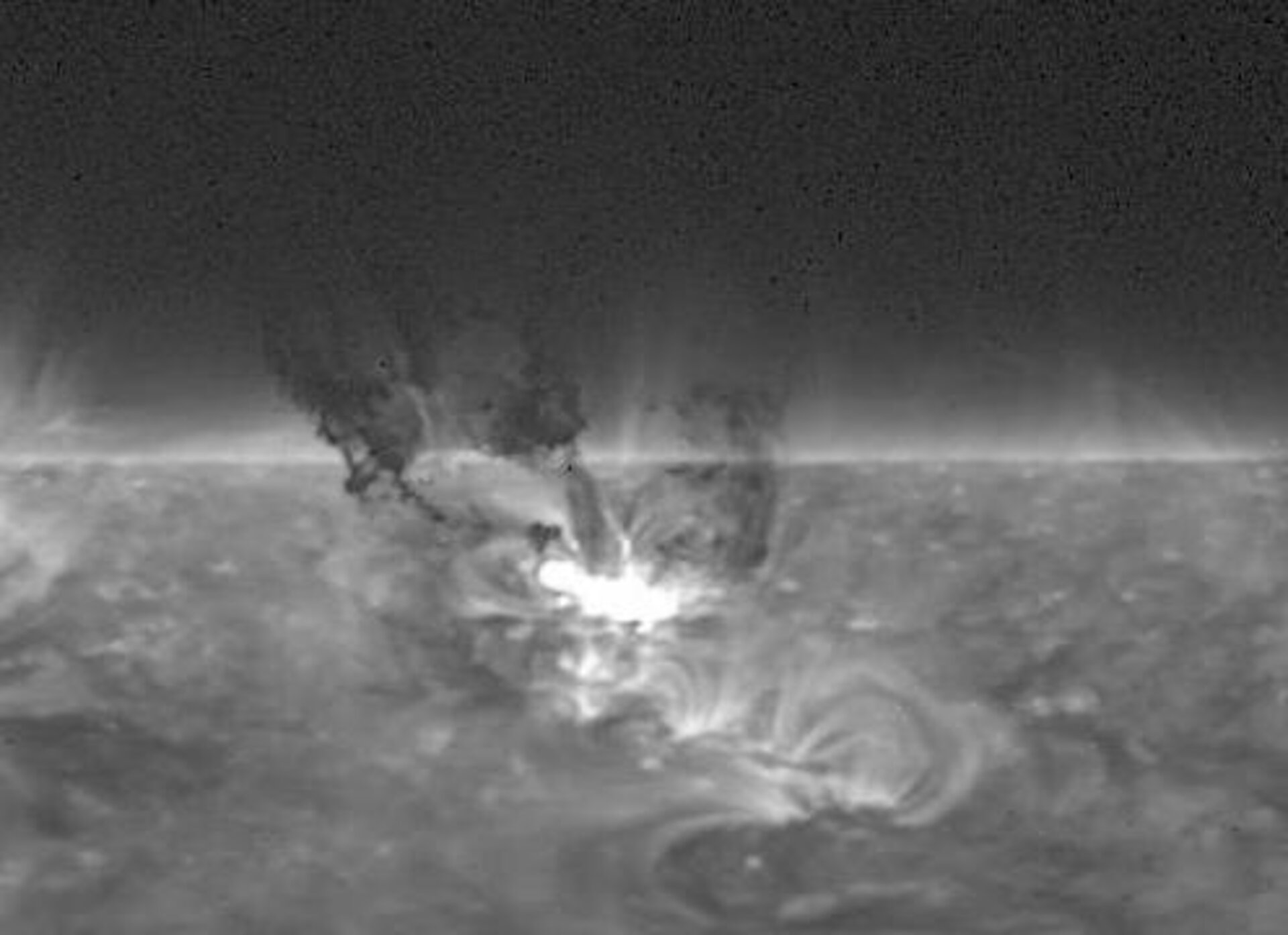 7 June 2011 M2.5-class solar flare observed by Proba-2's SWAP instrument. This image has been warped to show the event as it might appear to an observer flying just above the surface of the sun. A massive prominence eruption took place, as a mass of high-energy particles and superheated gas rose up from the Sun’s surface. This gas was relatively cool – about 80 000 K – which explains why it appears quite dark at the extreme ultraviolet wavelength that SWAP observes in.