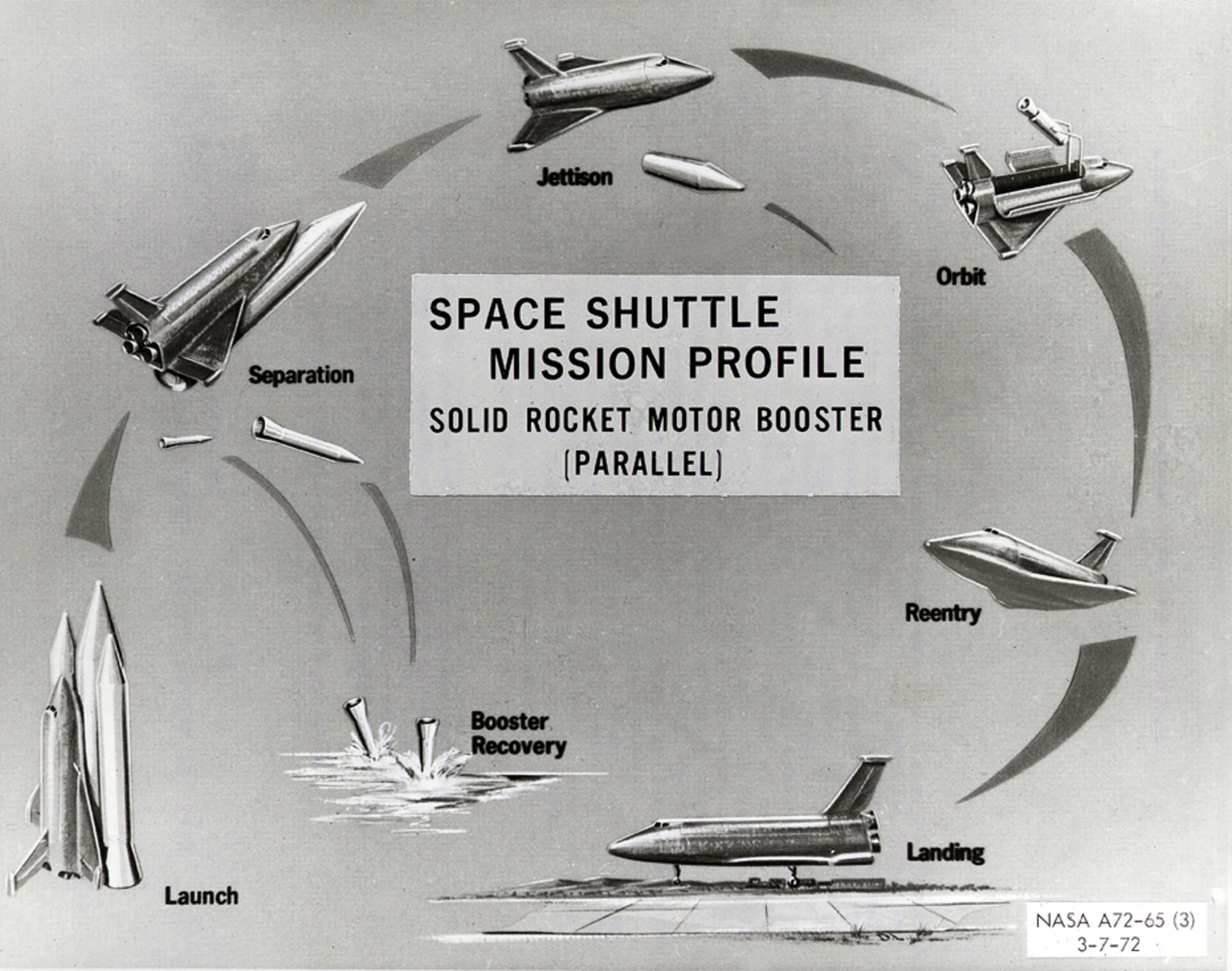 This early chart shows the use of two parallel Solid Rocket Boosters in conjunction with three main engines to launch the proposed Space Shuttle to orbit. At about 25 miles (40 km) altitude, the boosters would detach from the Orbiter and parachute back to Earth where they would be recovered and refurbished for future use. The Shuttle was designed as NASA's first reusable space vehicle, launching vertically like a spacecraft and landing on runways like conventional aircraft. Marshall Space Flight Center had management responsibility for the Shuttle's propulsion elements, including the Solid Rocket Boosters.