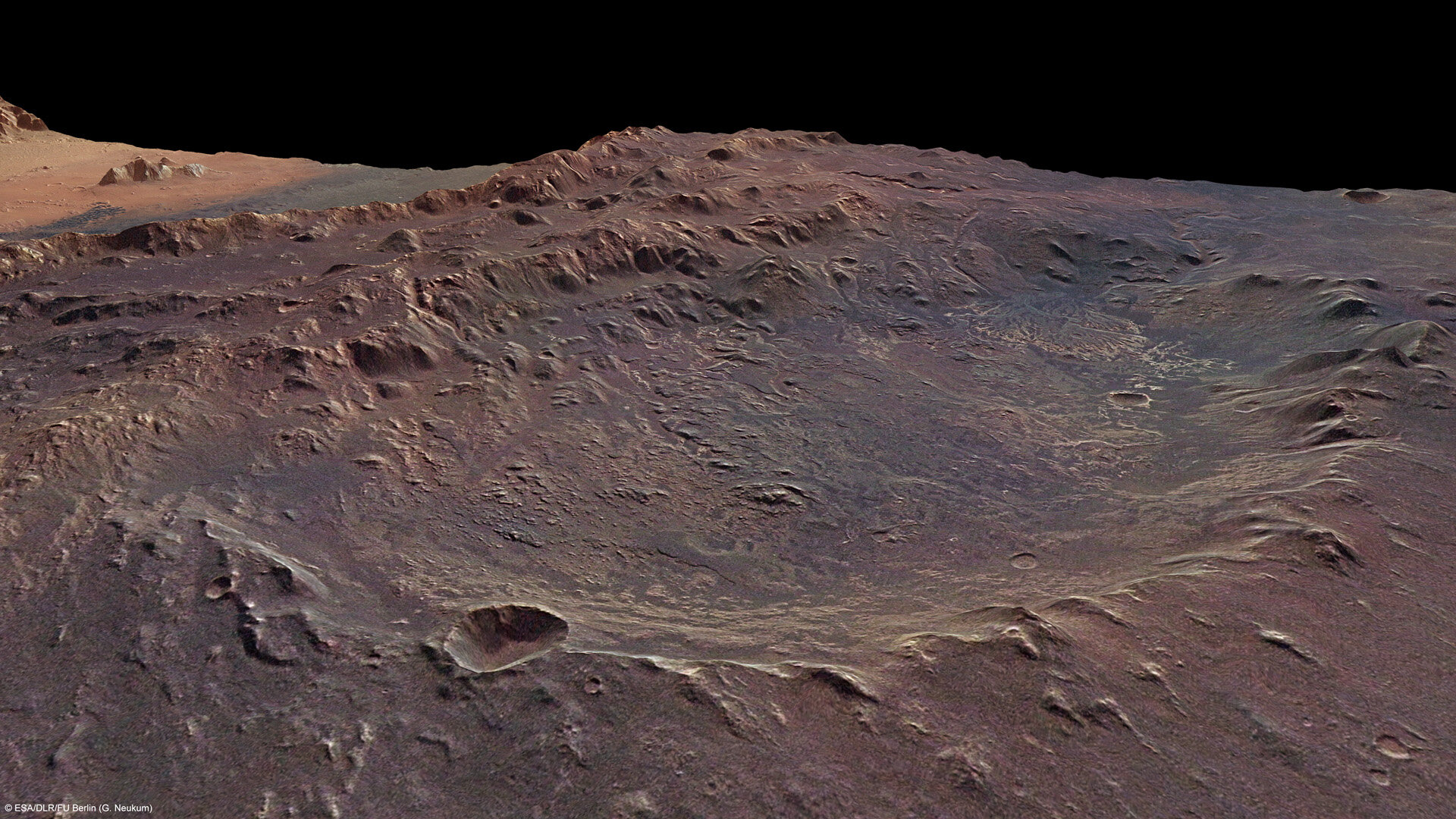 Eberswalde crater on Mars formed more than 3.7 billion years ago. The rim of the crater is intact only in the north-eastern part. The rest has been buried by ejecta from the larger, more recent Holden impact crater nearby. The image was acquired by Mars Express around 25°S / 326°E during orbit 7208 on 15 August 2009. The images have a ground resolution of about 22 m per pixel.