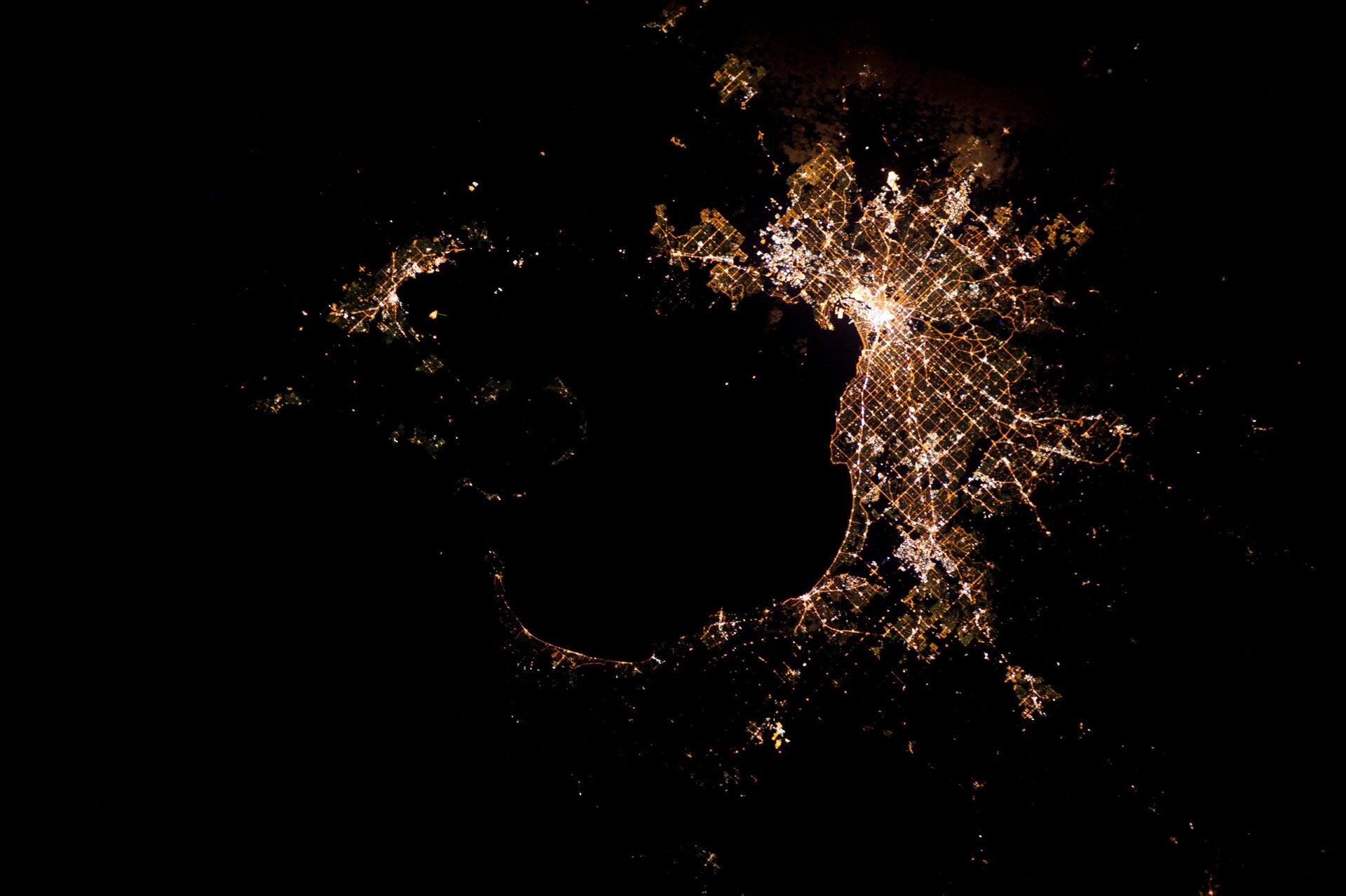 Melbourne seen from the International Space Station at night reveals its young history. Unlike the winding streets of older cities, Melbourne’s streetlights follow a more planned grid system. Established in 1835 around the natural bay of Port Phillip, Melbourne is the capital of the state of Victoria in Australia.

The Nepean highway going south to Frankston circles the bay but stops at the Bass Strait. To the left is Geelong, 75 km south-west of Melbourne. The brightly-lit Point Henry is visible as a yellow triangle reaching out into Corio Bay.

This image was taken by an astronaut on the International Space Station with Nightpod in 2012. The Nightpod camera-stand tracks the movement of Earth passing under the Station at 28 800 km/h, keeping any target fixed in the middle of the viewfinder. Standard cameras fixed to Nightpod can use longer exposure times so that astronauts can take sharper pictures of cities at night.