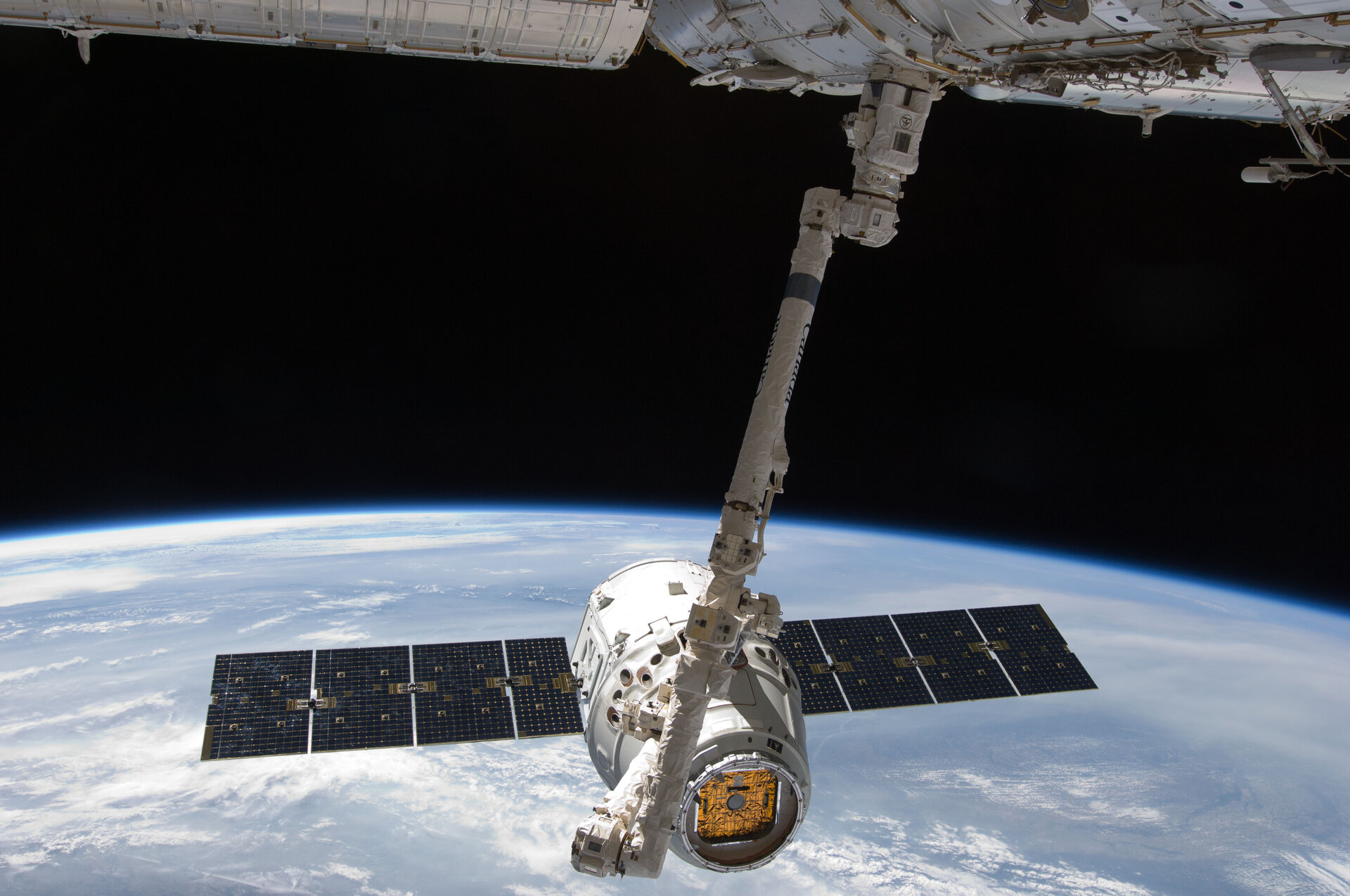 The first Dragon commercial space ferry was berthed at the International Space Station on May 25 2012.


André watched Dragon approach from Europe’s Cupola observatory module and acted as an extra pair of eyes as Don operated the robotic arm. Once safely captured, André took over the controls to move the vessel to the Harmony module next to ESA’s Columbus laboratory.