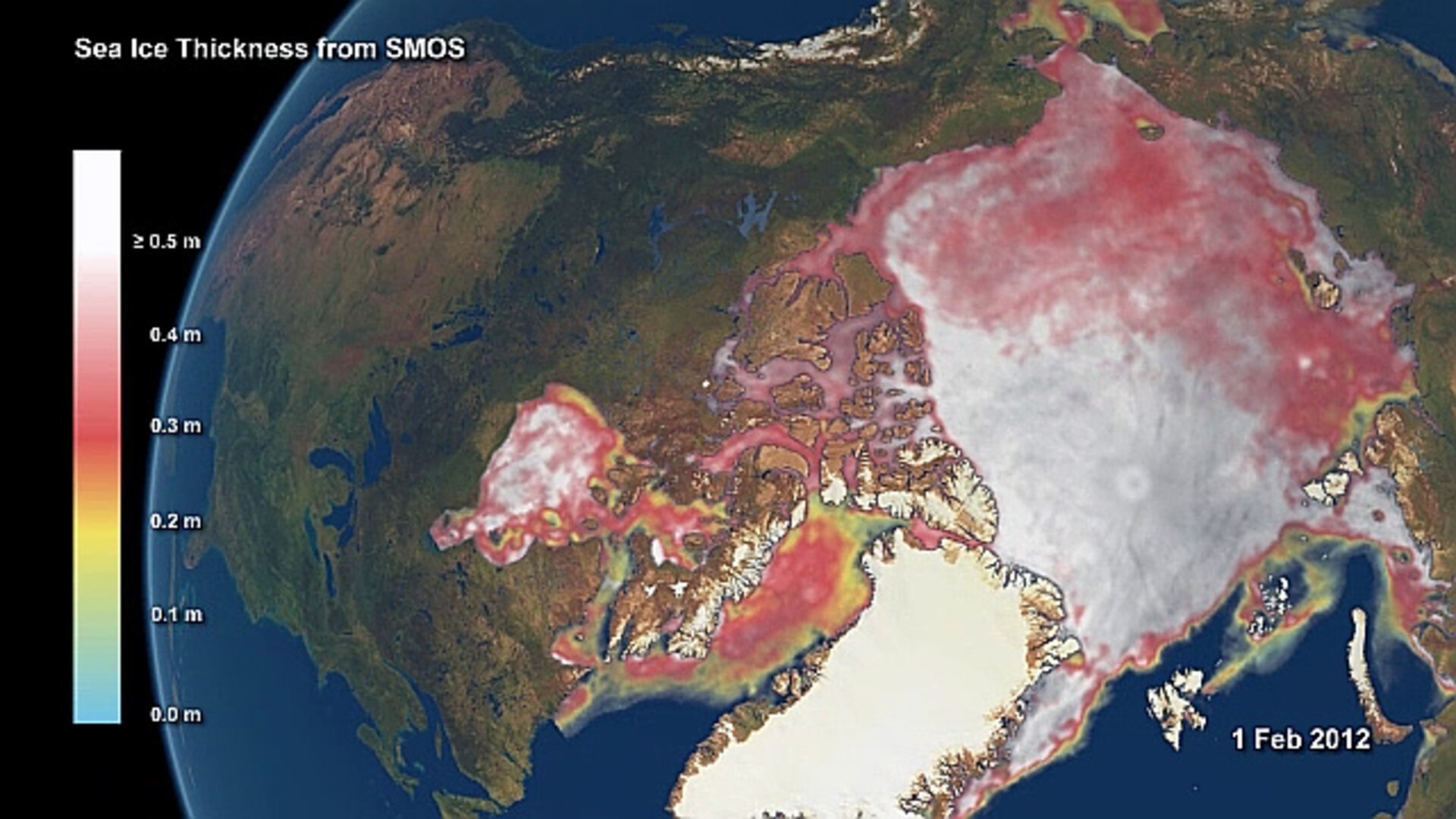 Measurements from ESA’s Soil Moisture and Ocean Salinity (SMOS) mission show that ice has thinned significantly in the seasonal ice zones, with extensive areas less than half a metre thick.

Sea ice has a large influence on the heat exchange between the ocean and the atmosphere. The heat flux can change depending on the sea-ice thickness and the air temperature. Sea ice is also affecting atmospheric circulation at mid-latitudes.

Although not originally designed for looking at ice, the SMOS satellite’s data are being evaluated to monitor Arctic sea ice.