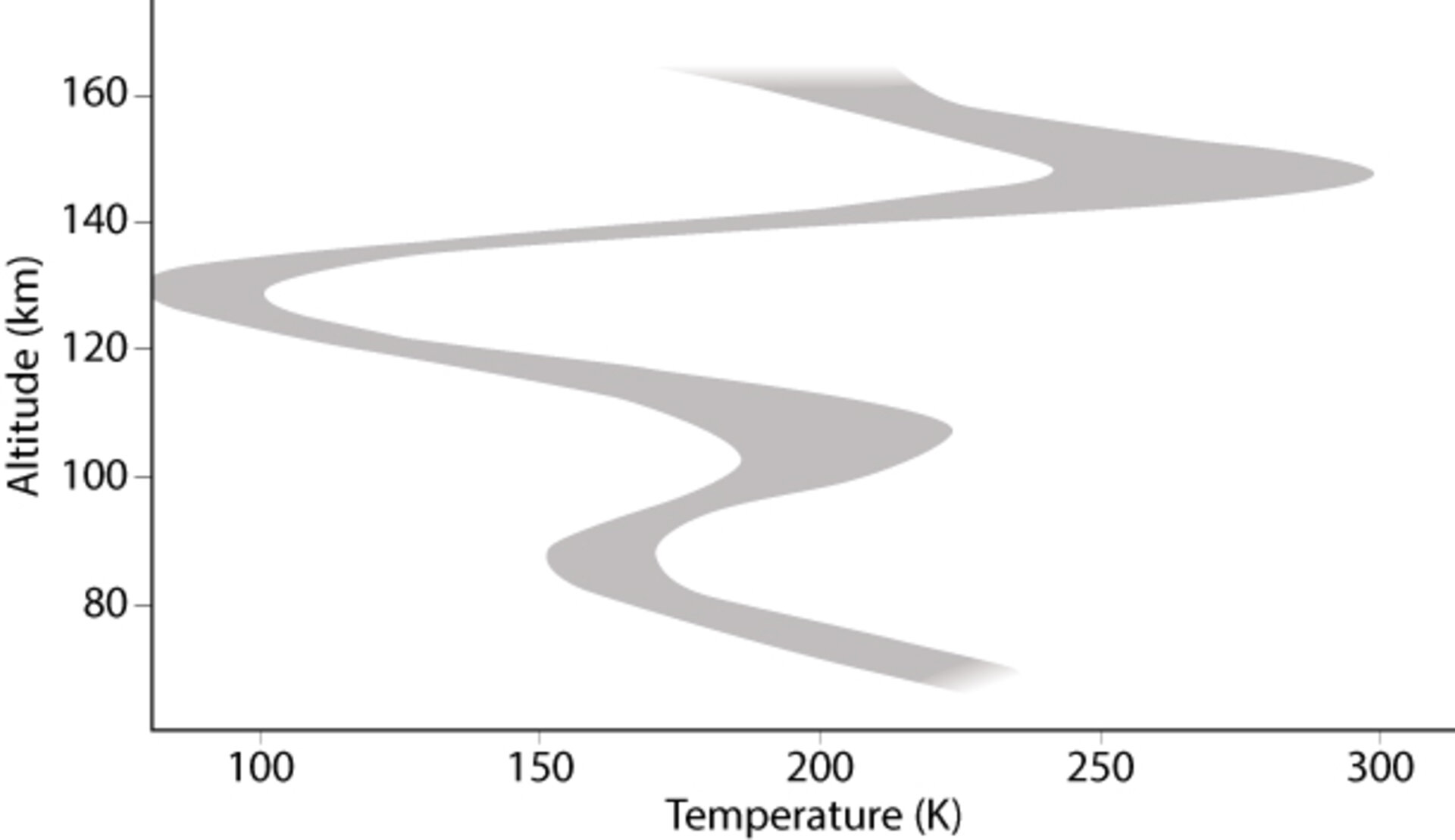 The temperature profile along the terminator for altitudes of 70–160 km above the surface of Venus. The values were derived from the volume density of carbon dioxide molecules measured during solar occultation experiments by Venus Express’ SOIR instrument. The graphic provides the average range of values calculated from 59 measurements taken along the terminator from 88ºN to 77ºS, during different orbits between 2006 and 2011. The new report finds a prominent cold layer at 125 km sandwiched between two comparatively warmer layers at around 100 km and 140 km. At some locations, the temperatures occasionally dip below the freezing temperature of carbon dioxide, which suggests that carbon dioxide ice or snow could exist at these altitudes.