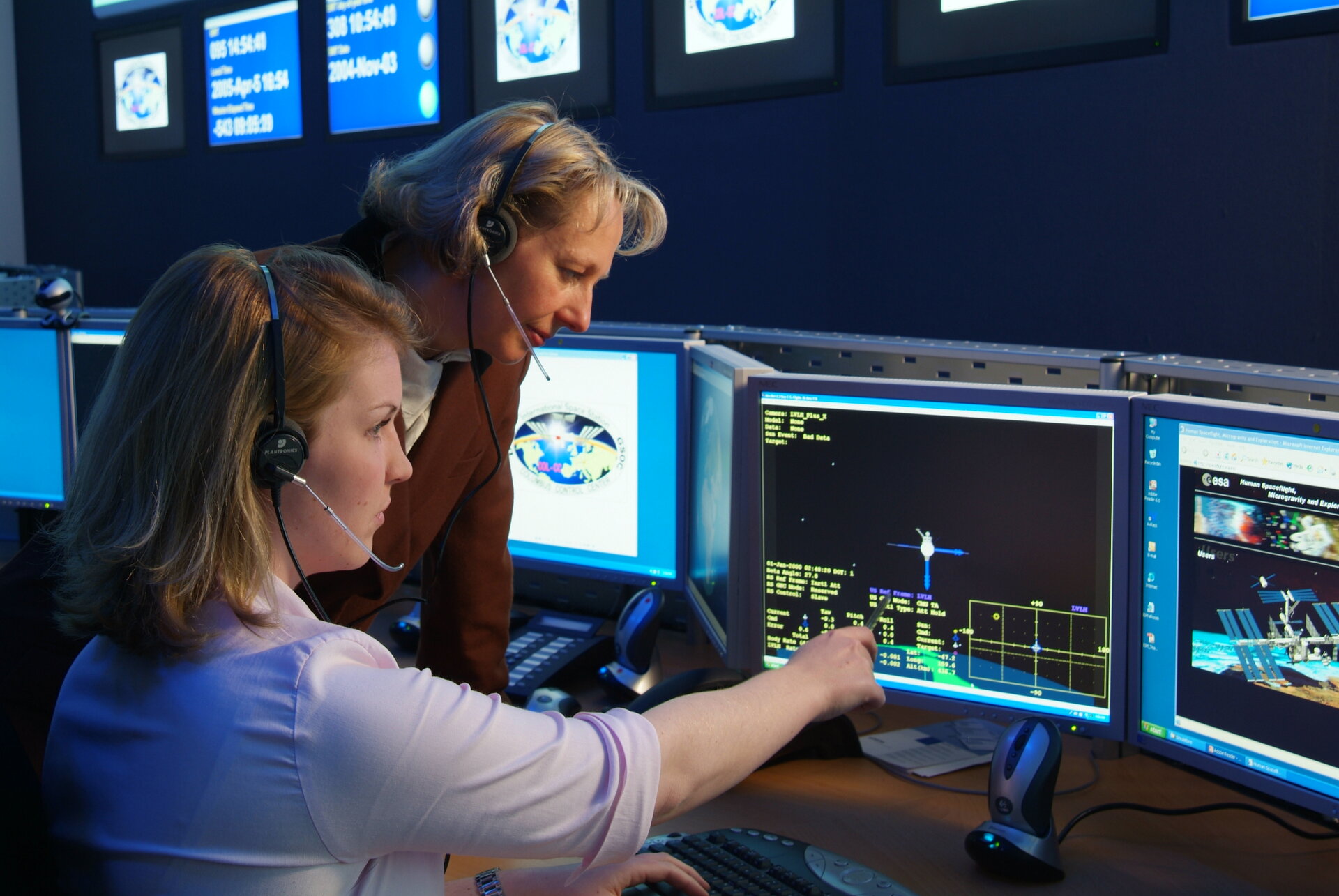 The Control Centre is the direct link to Columbus in space. Its main functions are to command and control the Columbus laboratory systems, to coordinate operations of the European payloads on the Station and to operate the European ground communications network.