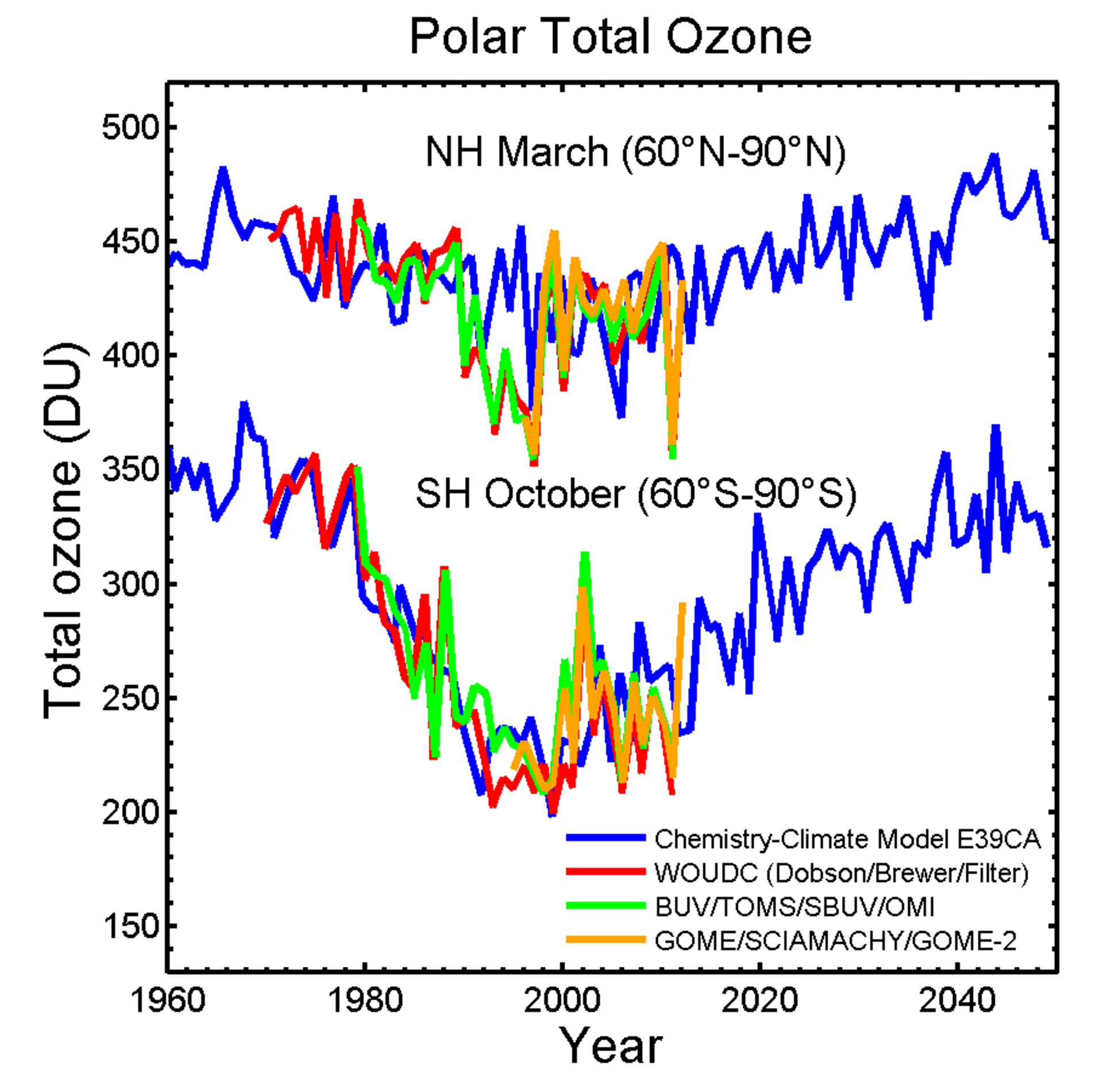 Total polar ozone in the northern and southern hemispheres as measured by various instruments, including GOME, SCIAMACHY and GOME-2 flown on ERS-2, Envisat and MetOp, respectively (in orange). The blue line depicts projections based on the Chemistry Climate Model E39CA. The total ozone reached its lowest levels in both hemispheres in the late 1990s, and it is expected to increase in the coming years.