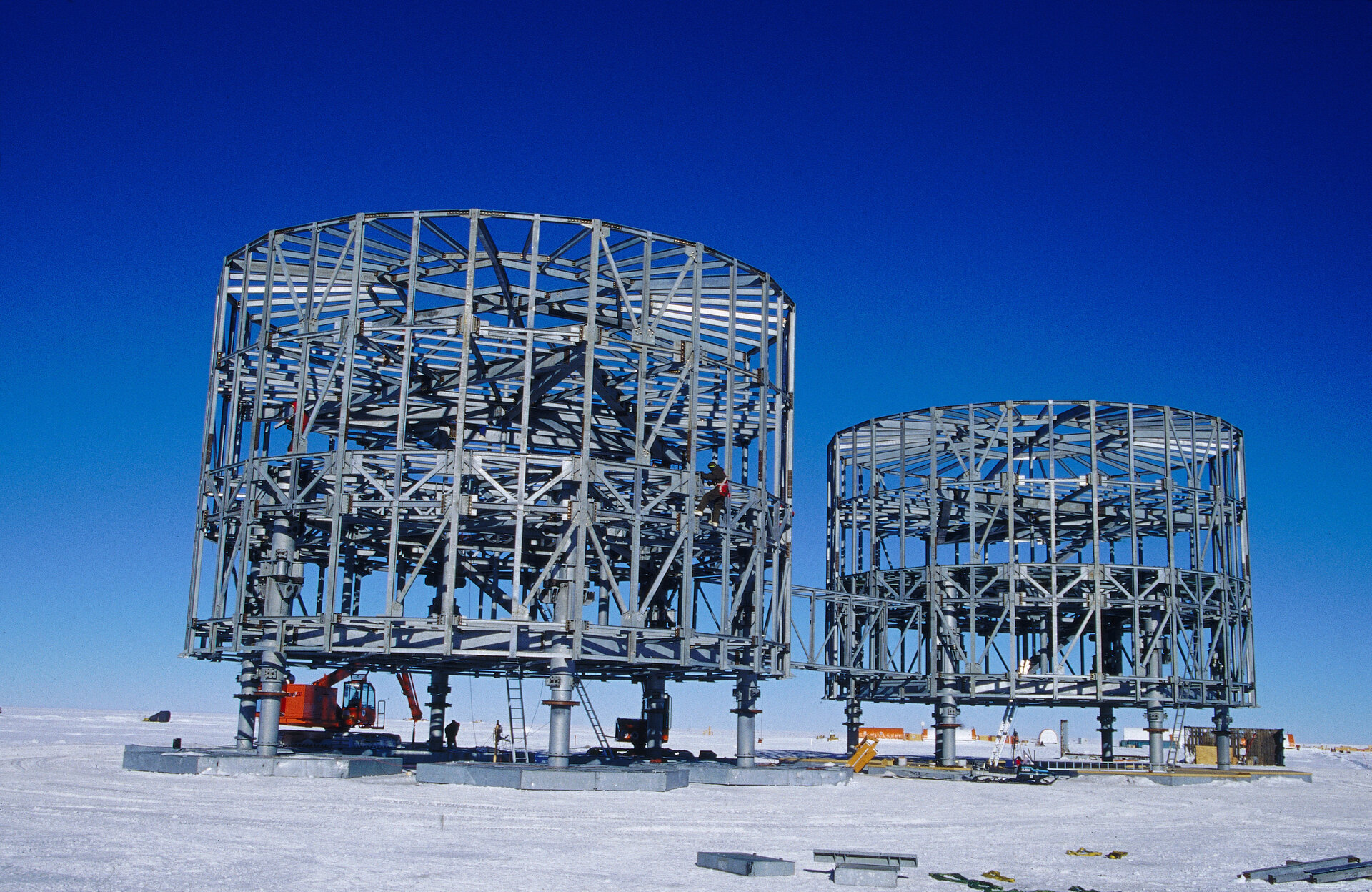 Over 3000 tonnes of equipment and supplies were bought to the site over land in long convoys. The trek over 1100 km from the coast takes up to 12 days to complete.

Despite having to stop all work during the harsh Antarctic winter, it took only three summers to build the two towers that make up Concordia.

The base was commissioned in 2005 when the first team spent a complete winter living in the base. Since then it has been permanently crewed.