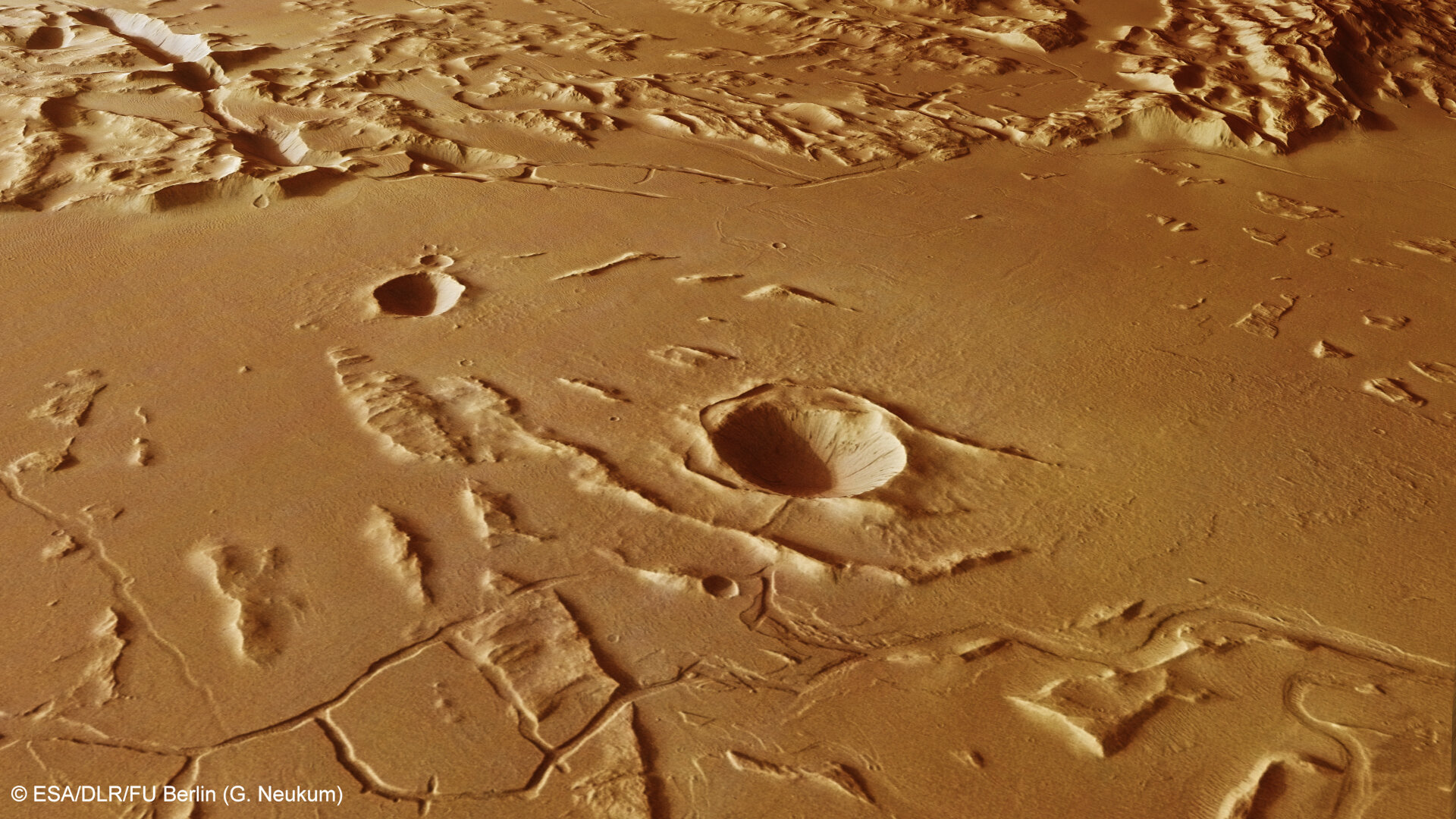 Channels and fractures in Sulci Gordii

This perspective view focuses on the southernmost portion of Sulci Gordii, which highlights jagged fractures and fault lines, as well as some sinuous channels that were likely widened by short-lived lava flows or water. In the foreground to the left, a channel can be seen that is abruptly truncated by a tectonic fault. Another channel in the centre foreground has also clearly undergone a complex fracturing history. To the upper right, a few rocky blocks appear like islands in a sea of ancient lava plains, with the ‘shoreline’ at the top of the image part of the ridge and valley system of Sulci Gordii.