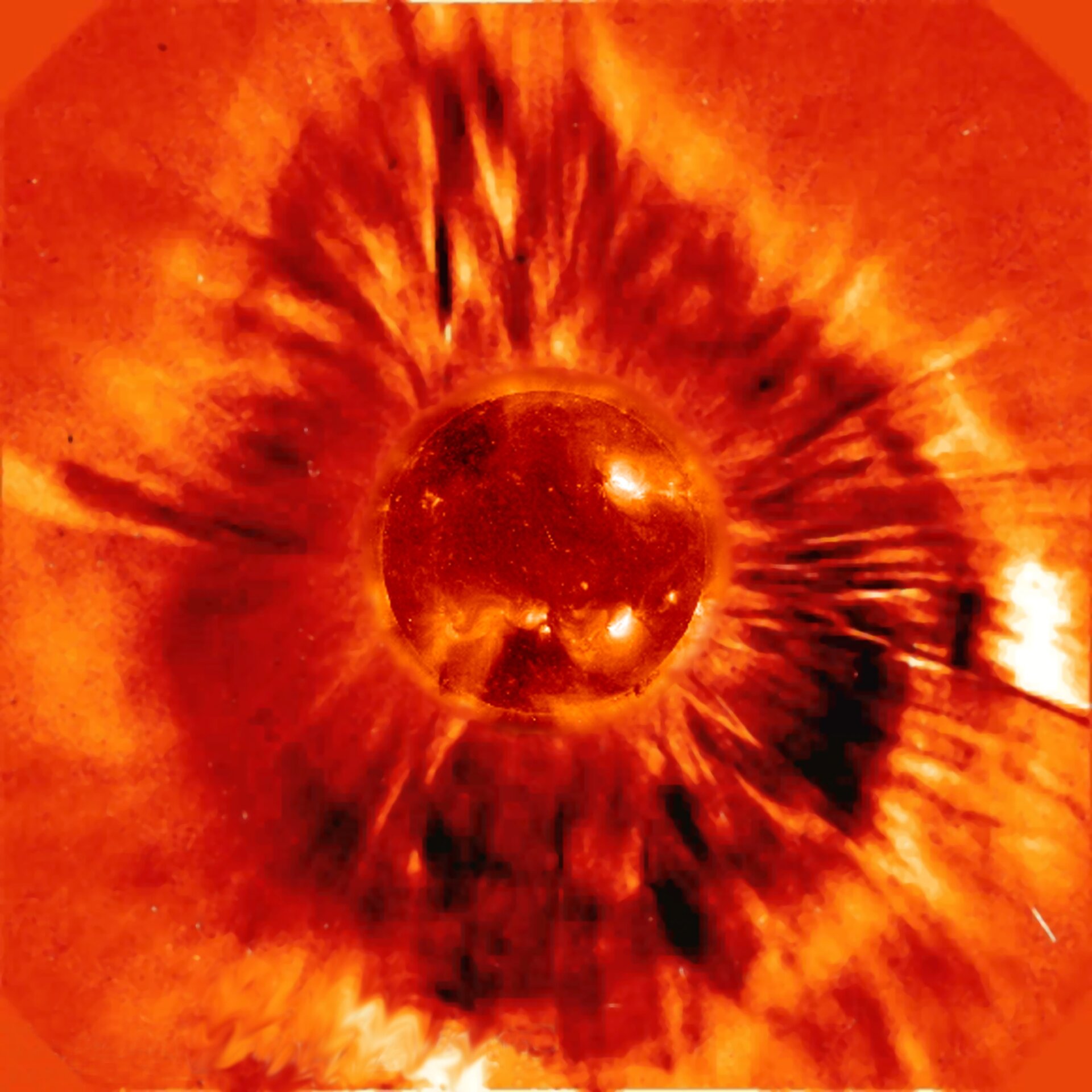 An artistic look at a coronal mass ejection launched towards Earth. The image is based on data collected by the ESA/NASA SOHO space telescope and comprises an extreme-ultraviolet image of the Sun’s disc (not to scale) superimposed on an image of the stormy solar environment. The scene has been processed using the running difference technique.

This image featured in a SOHO ‘The Sun as Art’ portfolio in 2002 and was highlighted as space science image of the week on 6 May 2013.