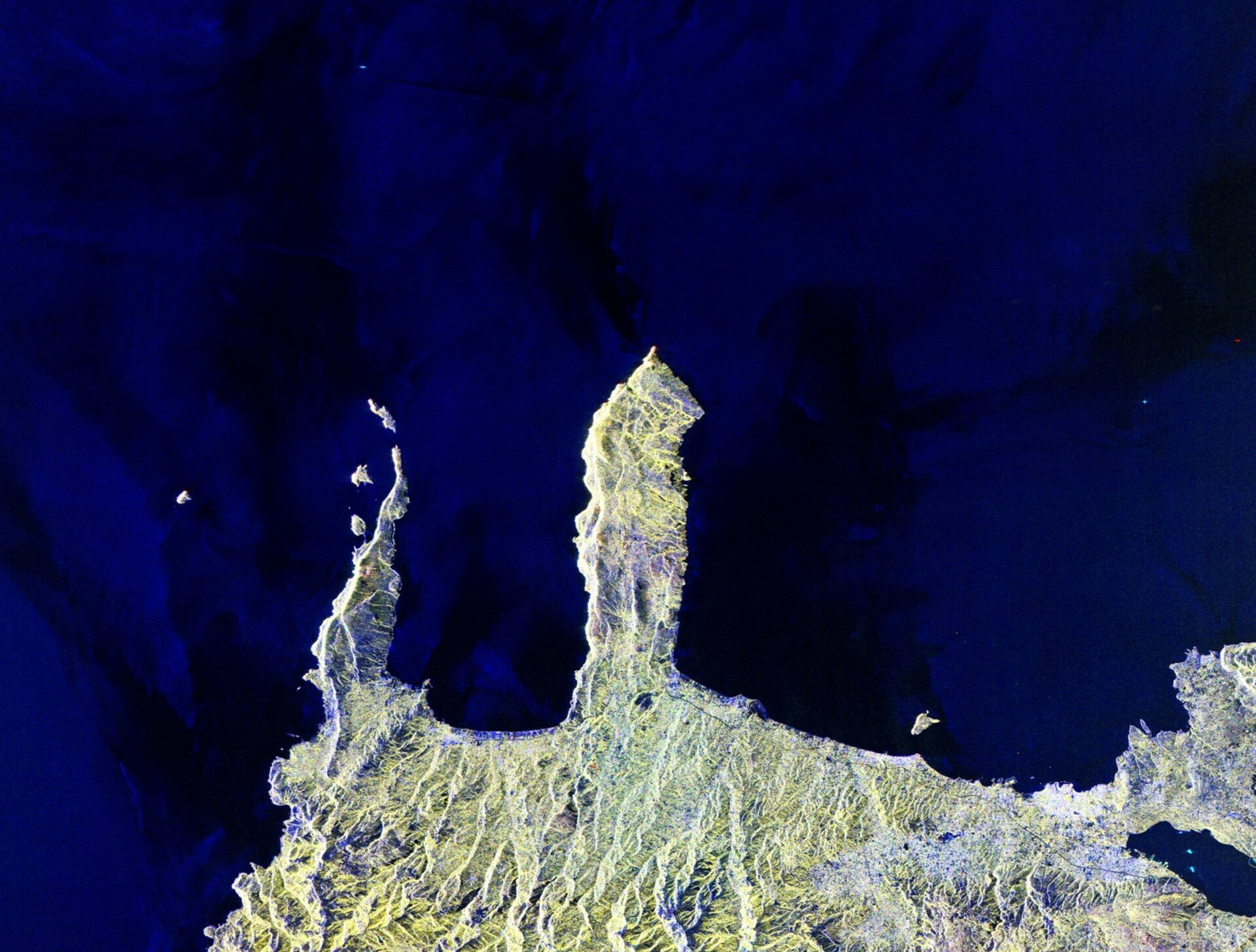 This image shows northwestern Crete, the largest and most populous of the Greek islands. It is a compilation of three radar images from Japan’s ALOS satellite acquired on 28 August 2010, 13 October 2010 and the third band created by combining the other two. In the lower-right, the bright cluster of radar reflections on the northern coast is the city of Chania, the island’s second largest city after Heraklion (not pictured). At the centre of the image is the Rodopou Peninsula. Off the coast of the other peninsula to the left there are two small islands: Imeri Gramvousa to the south and Agria Gramvousa due north.