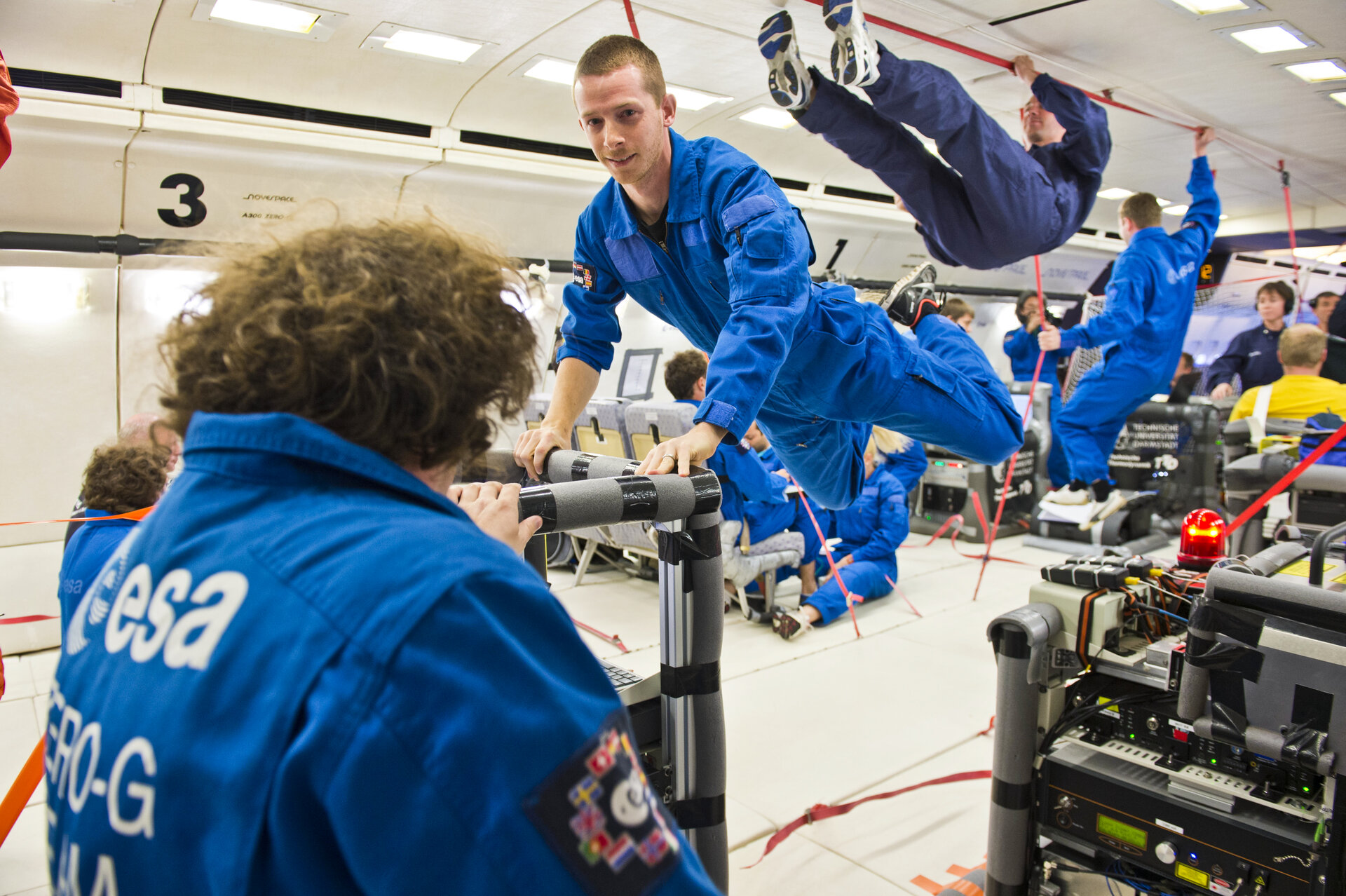 During ten seconds of weightlessness Brynle Barrett from the Laboratory of Photonics, Numerical Sciences and Nanosciences at the University of Bordeaux monitors an experiment to test the ‘weak equivalence principle’ – or why a feather in a vacuum falls as fast as a hammer.

To confirm that objects in free-fall behave universally, even at a microscopic level, a team of scientists used lasers to cool atoms to around –273°C. On Earth, atoms fall away from laser beams because of gravity. “In microgravity, atoms stay in the beams for much longer, so we get better data,” explains Brynle.

Parabolic flights are the only way to run such experiments on humans without leaving Earth’s atmosphere. Over the course of multiple roller-coaster flights at up to 45°, researchers find out more about the effects of gravity on experiments and improve equipment destined for space.