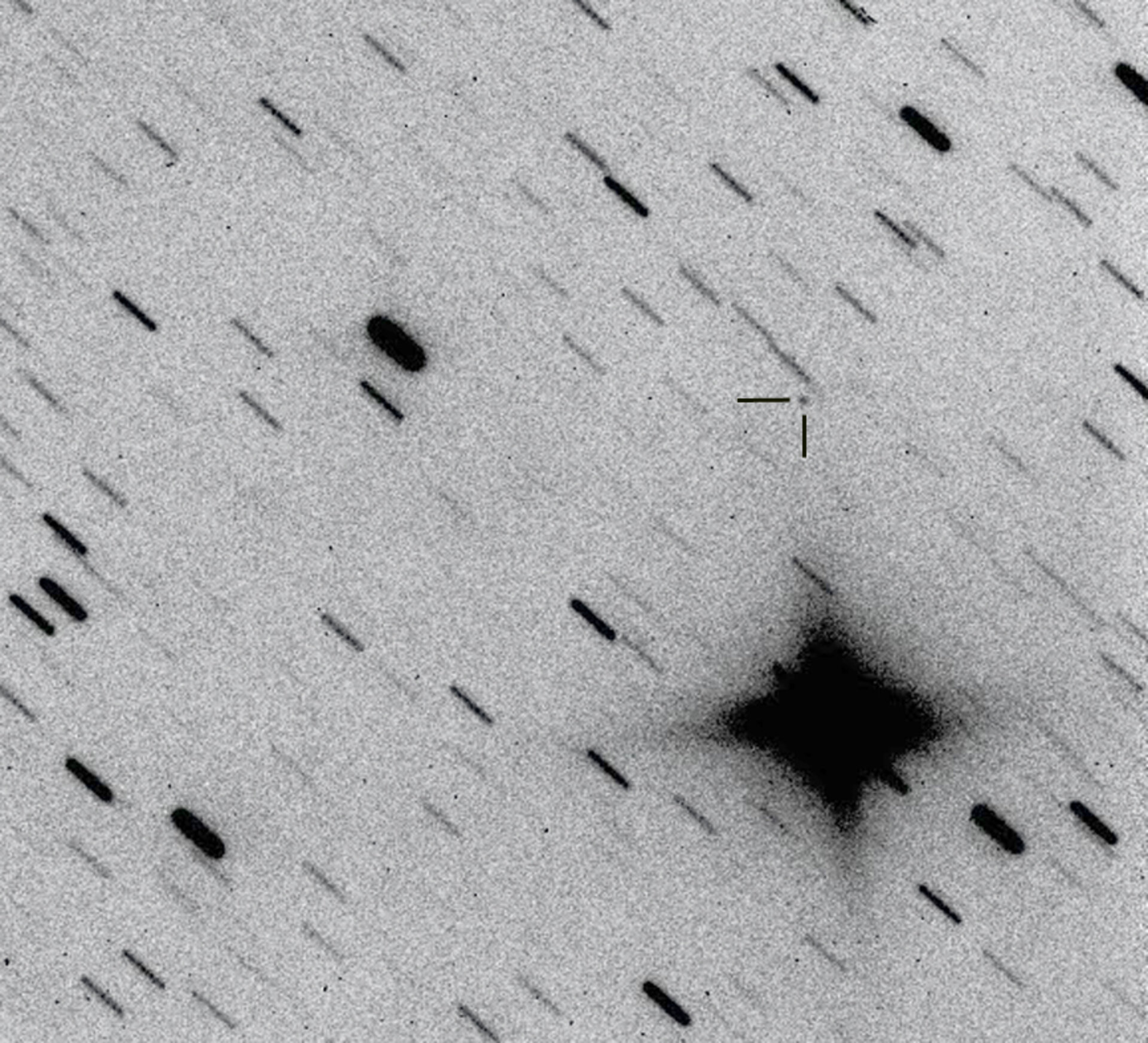 The Herschel space observatory is shown here in monochrome and negative against a backdrop of stars, the latter streaked by the telescope tracking the motion of the observatory as it drifts away from its position at Lagrange Point 2 into orbit around the Sun.

The image was taken on 27 June 2013 with the 2 m Faulkes Telescope North on Haleakala, Hawaii using a Bessel R' band filter, and is a combination of seven 120-second exposures.

The Faulkes Telescopes are operated by the Las Cumbres Observatory Global Telescope Network.