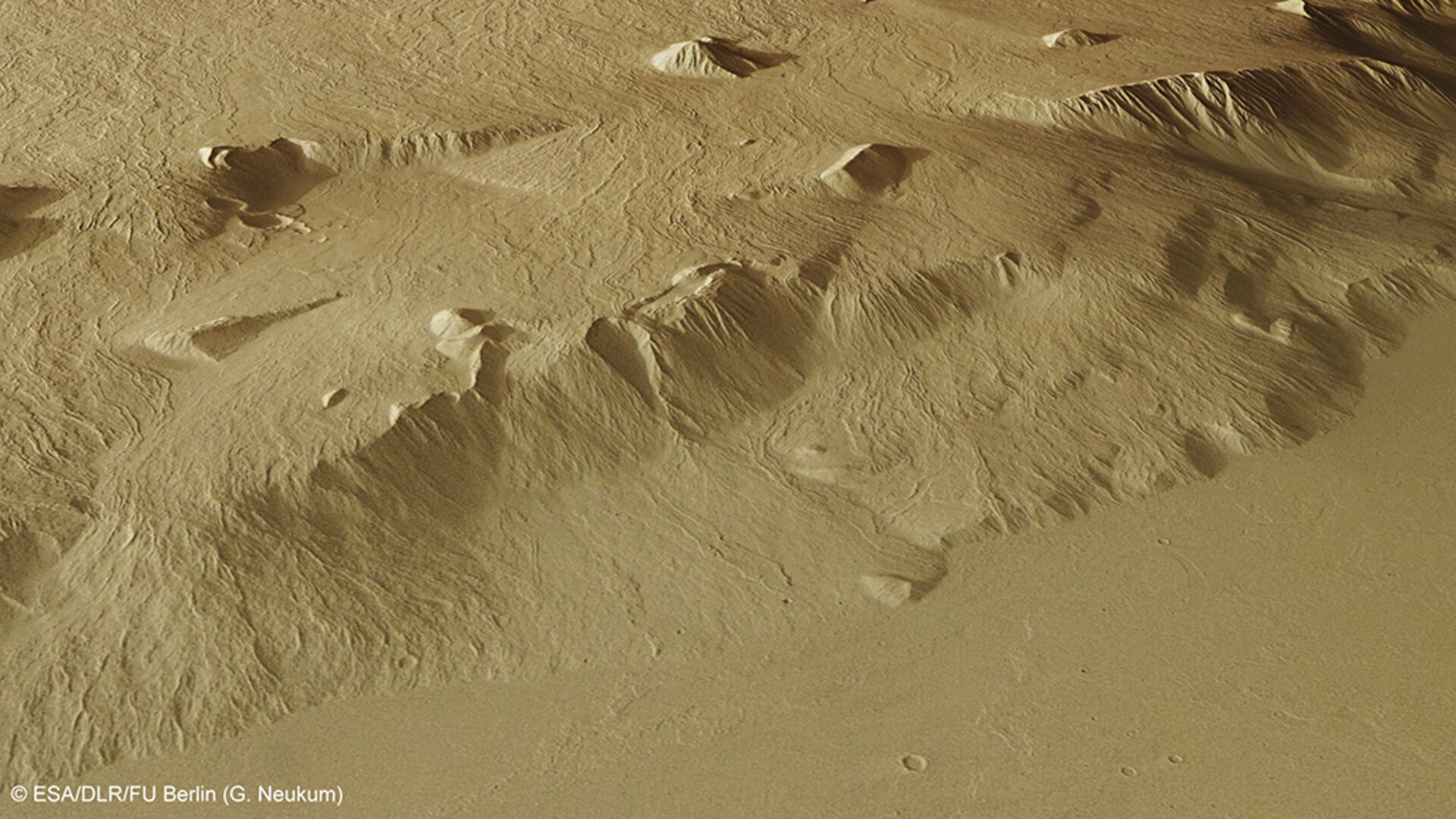 Lava once flowed down the flanks of the Olympus Mons volcano, spilling out onto the surrounding plains. Here, the paths of numerous individual lava flows can be seen curving around natural obstacles and cascading like waterfalls over cliff edges.

Random pointed and flat-topped blocks protrude from the flank edges, rotated or uplifted as the sides of the volcano collapsed.

Only a few very faint traces of ancient lava channels can be seen in the surrounding plain, which was flooded by a later outpouring of lava.

The image was taken by the High Resolution Stereo Camera onESA’s Mars Express on 21 January 2013 (orbit 11524), with a ground resolution of approximately 17 m per pixel. The image centre is located at approximately 14°N / 229°E.