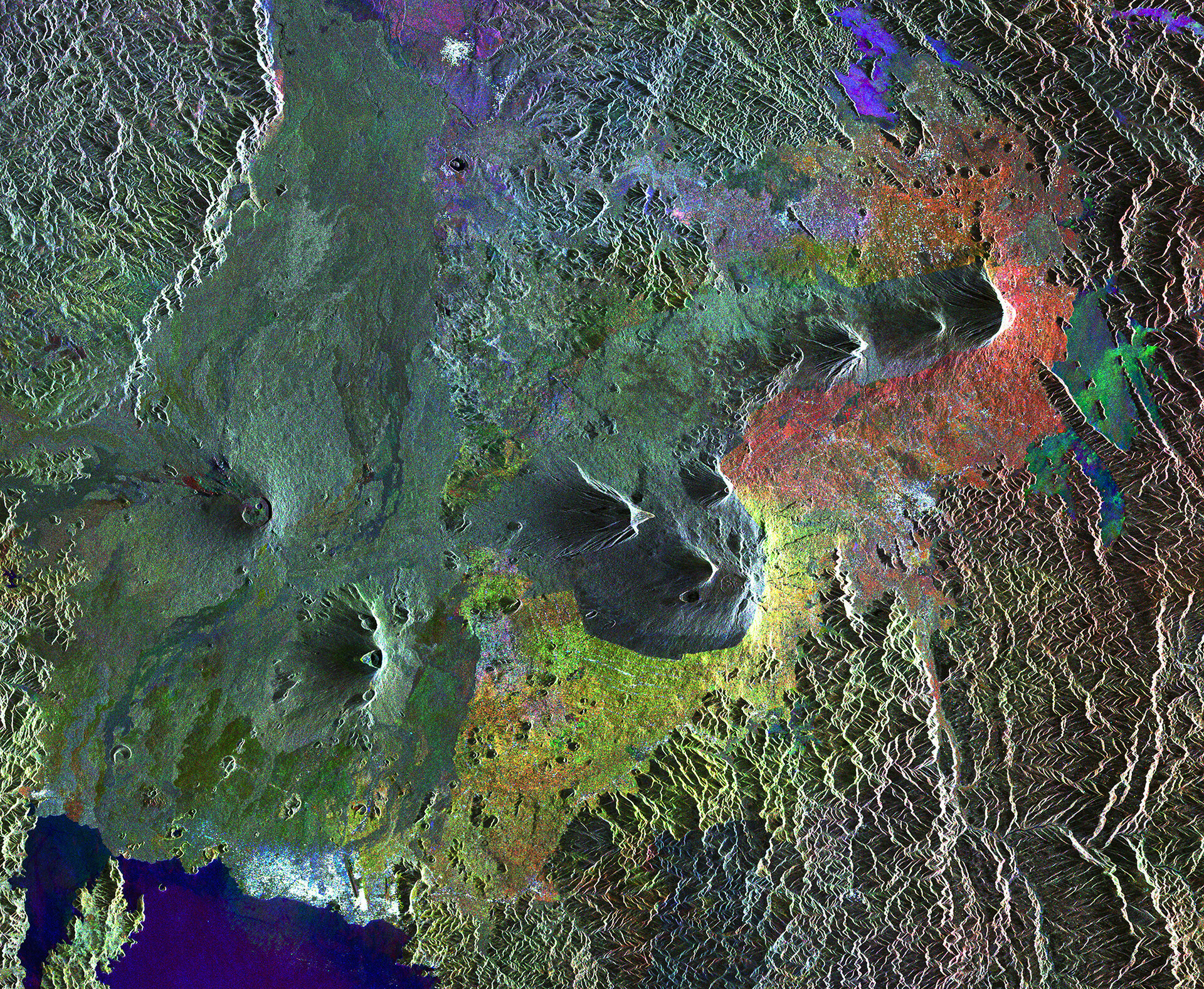 This Envisat radar image features a chain of volcanoes called the Virunga Mountains that stretch across Rwanda’s northern border with Uganda and east into the Democratic Republic of the Congo. The area pictured is part of the Albertine Rift, one of Africa’s most biologically diverse regions. The combination of high human population density, poverty and conflict poses a challenge to conservation. Across the mountain range, however, a series of national parks has been established to protect the fauna and flora. This image was created by combining three Envisat radar acquisitions from 27 March 2003, 5 January 2006 and 12 August 2010 over the same area.