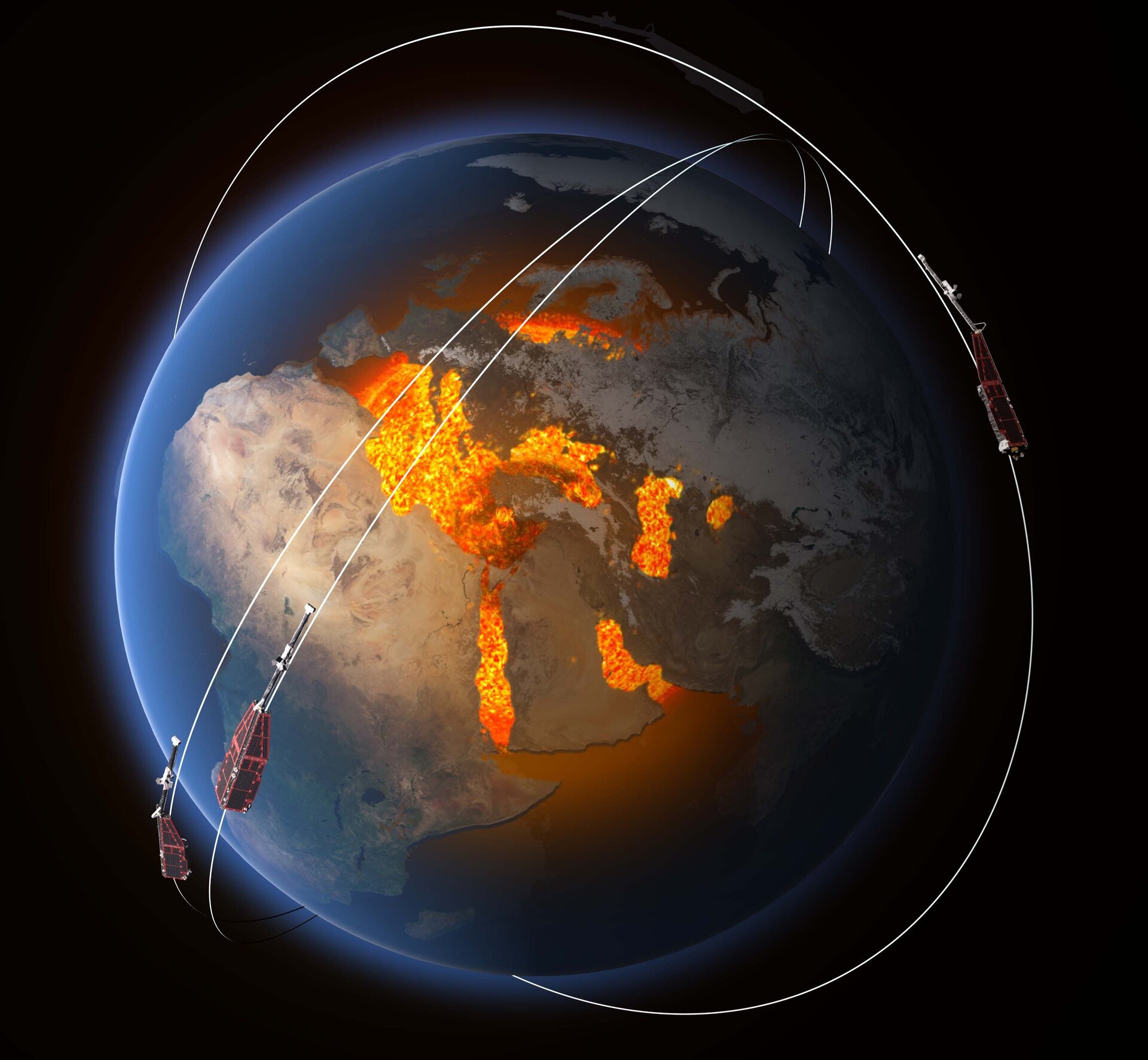 The magnetic field is thought to be largely generated by an ocean of superheated, swirling liquid iron that makes up Earth’s the outer core 3000 km under our feet. Acting like the spinning conductor in a bicycle dynamo, it generates electrical currents and thus the continuously changing electromagnetic field. Other sources of magnetism come from minerals in Earth’s mantle and crust, while the ionosphere, magnetosphere and oceans also play a role. ESA’s constellation of three Swarm satellites is designed to identify and measure precisely these different magnetic signals. This will lead to new insight into many natural processes, from those occurring deep inside the planet, to weather in space caused by solar activity.