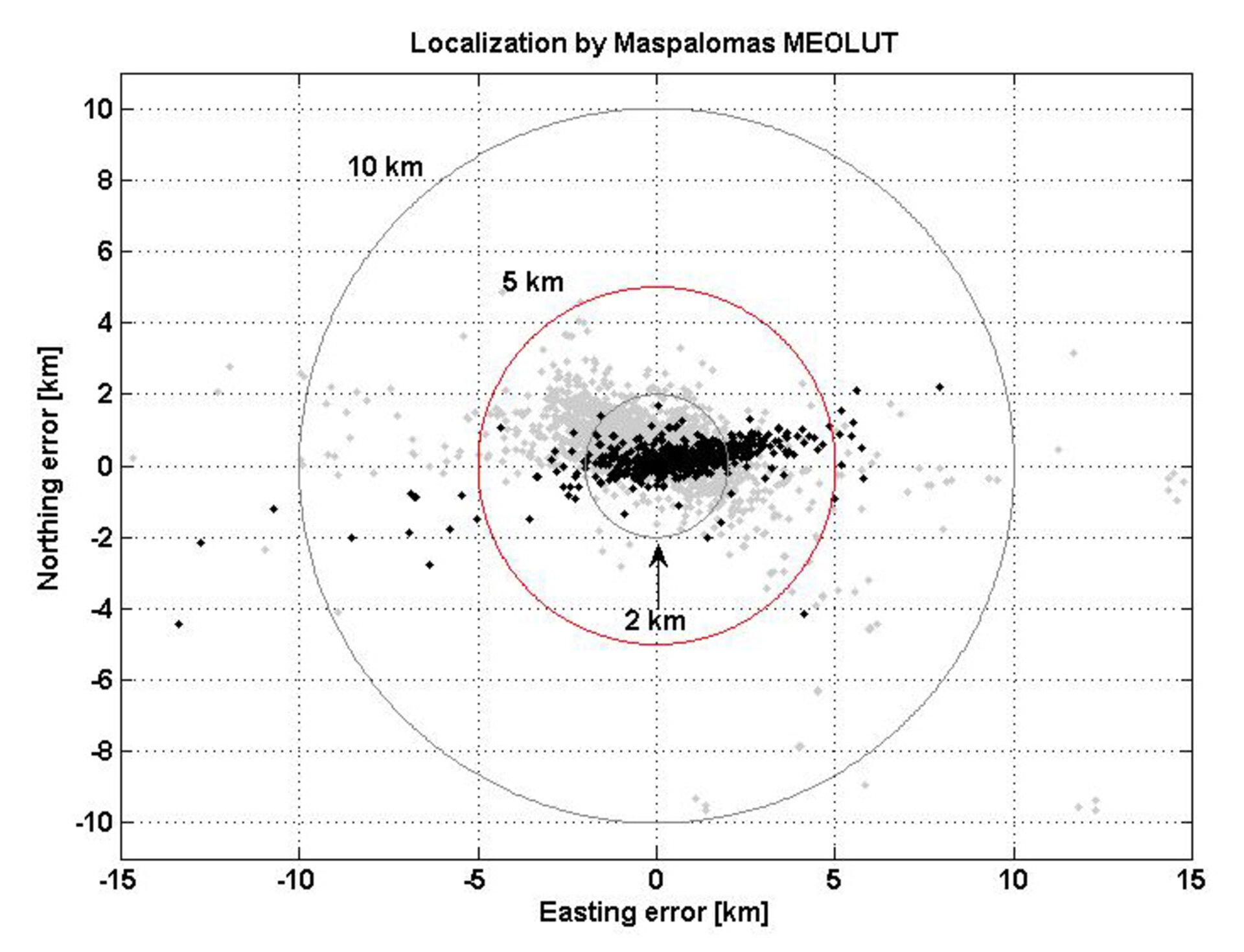 Localisation test performed from the Maspalomas MEOLUT on 29-30 July 2013 as part of Galileo's search and rescue in-orbit validation. Beacon locations obtained with four satellites are shown in black, while those using three satellites are shown in grey. More than 93% of all beacon locations, after only a single beacon burst has been received, are within the required 5 km from the actual beacon position.