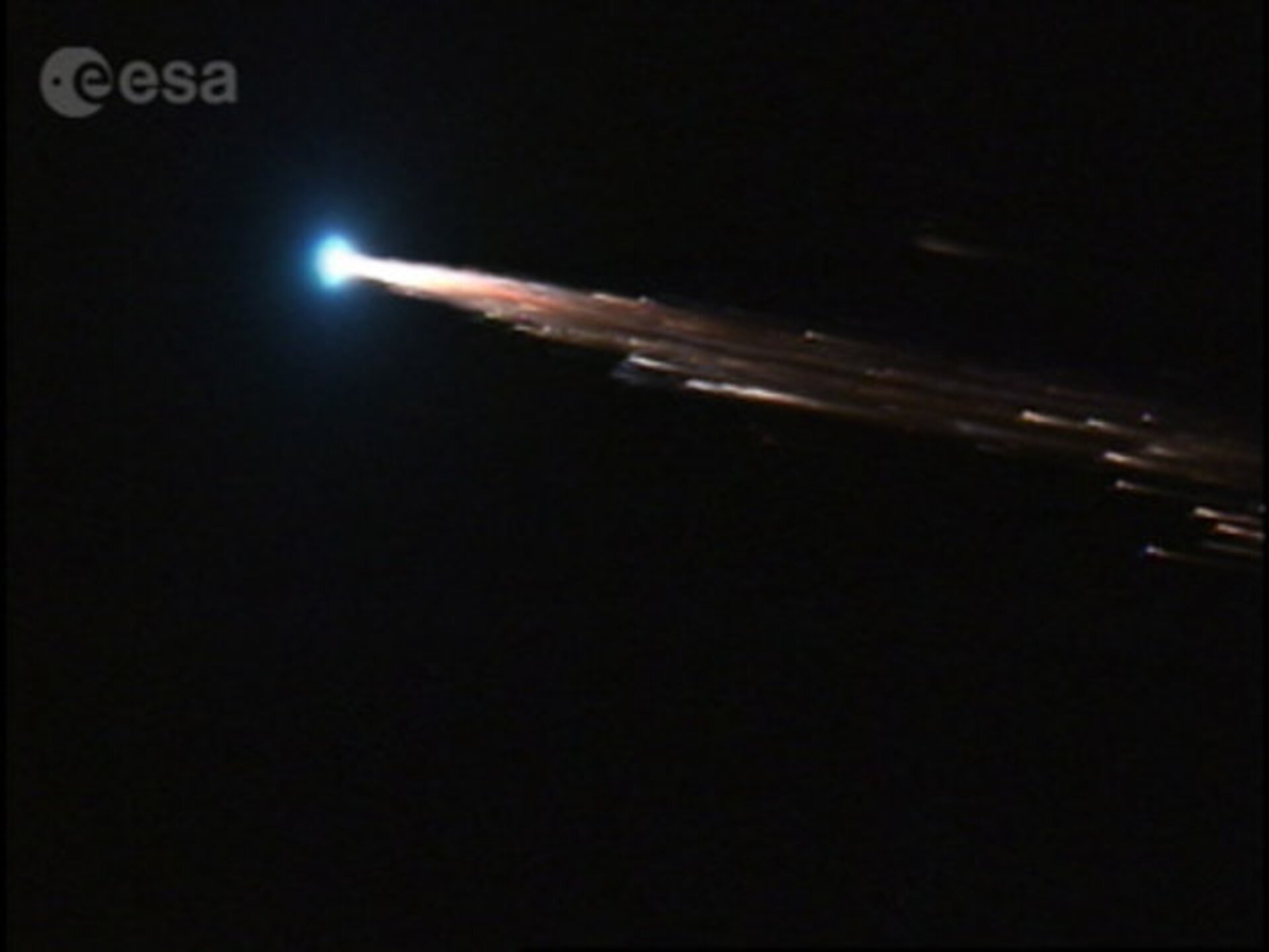 What happens on Earth when ATV reenters

Holger Krag of ESA's Space Debris Office in an audio interview on 25 October 2013 explaining the Office's support to the controlled reentry of ATV-4.

Between 2008 and 2015, ESA’s five Automated Transport Vehicle (ATV) missions all performed controlled and safe reentries into an uninhabited area in the South Pacific Ocean. The reentry break­up process of the first ATV mission on 29 September 2008 (image above) was monitored from two observation aircraft.