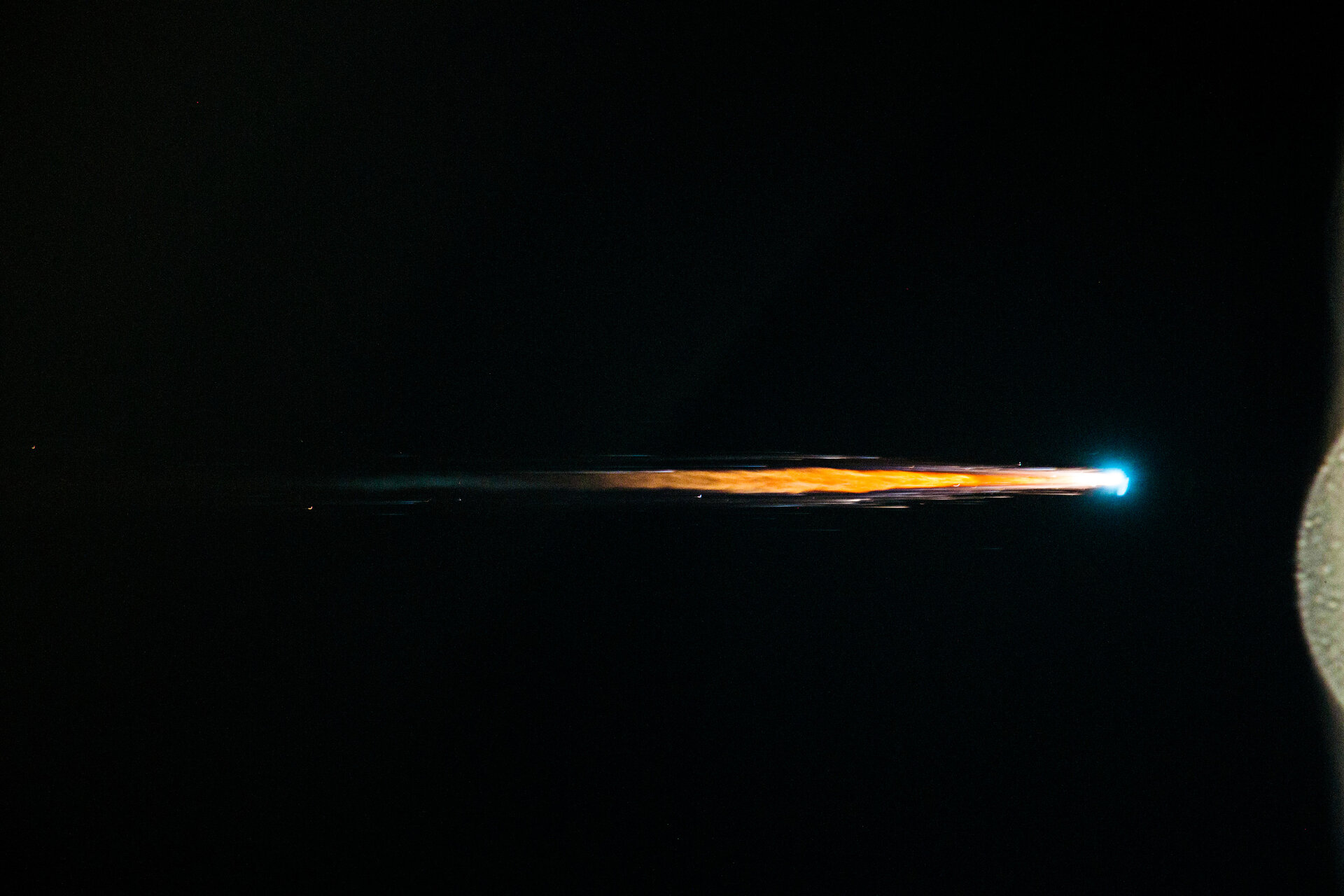 ESA’s fourth Automated Transfer Vehicle, Albert Einstein, burnt up on 2 November at 12:04 GMT over an uninhabited area of the Pacific Ocean. It left the International Space Station a week earlier with 1.6 tonnes of waste after spending five months attached to the orbital outpost.

Each ATV mission ends with the spacecraft burning up harmlessly in the atmosphere. This time, however, the ATV team organised a special departure to gain valuable data on reentries.

After undocking at 09:00 GMT on 28 October, ATV-4 was instructed by its control centre in Toulouse, France to perform delicate manoeuvres over the course of five days to position itself directly below the Station. Astronauts on the Station observed the vessel from above as it disintegrated.

This image from the Station was taken when ATV-4 was around 100 km directly below and had began its destructive dive. It is the first view of an ATV reentry since the first, ofJules Verne, in 2008.

ATV-4 delivered 7 tonnes of supplies, propellant and experiments to the Space Station. ESA astronaut Luca Parmitano oversaw the unloading and cataloguing of the cargo, comprising over 1400 individual items.

The complete set of pictures is available on the ATV blog.