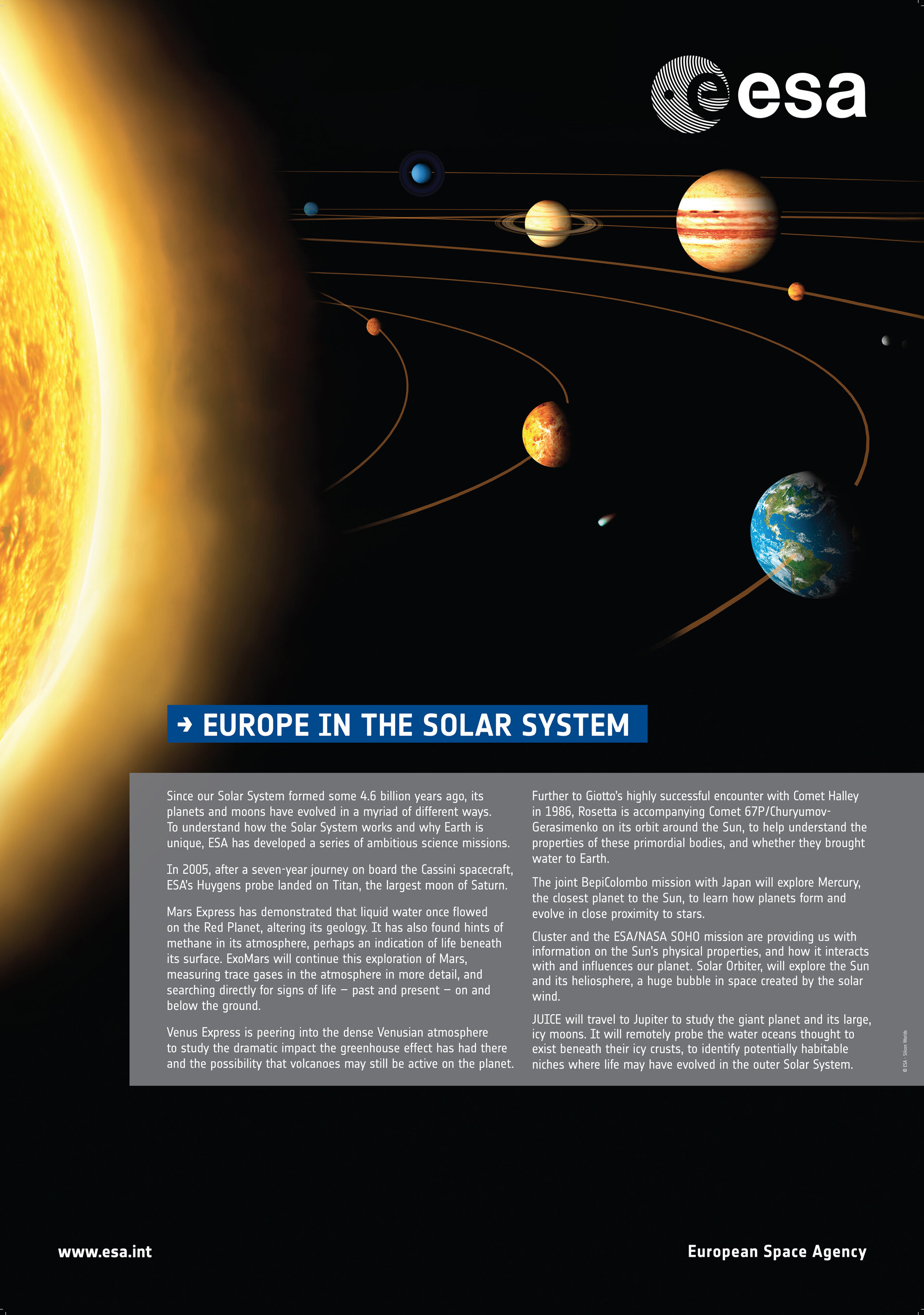 Since our Solar System formed some 4.6 billion years ago, its planets and moons have evolved in a myriad of different ways. To understand how the Solar System works and why Earth is unique, ESA has developed a series of ambitious science missions.

In 2005, after a seven-year journey on board the Cassini spacecraft, ESA’s Huygens probe landed on Titan, the largest moon of Saturn.

Mars Express has demonstrated that liquid water once flowed on the Red Planet, altering its geology. It has also found hints of methane in its atmosphere, perhaps an indication of life beneath its surface.  ExoMars will continue this exploration of Mars, measuring trace gases in the atmosphere in more detail, and searching directly for signs of life – past and present – on and below the ground.

Venus Express is peering into the dense Venusian atmosphere to study the dramatic impact the greenhouse effect has had there and the possibility that volcanoes may still be active on the planet.

Further to Giotto’s highly successful encounter with Comet Halley in 1986, Rosetta is accompanying Comet 67P/Churyumov-Gerasimenko on its orbit around the Sun, to help understand the properties of these primordial bodies, and whether they brought water to Earth.

The joint BepiColombo mission with Japan will explore Mercury, the closest planet to the Sun, to learn how planets form and evolve in close proximity to stars.

Cluster and the ESA/NASA SOHO mission are providing us with information on the Sun’s physical properties, and how it interacts with and influences our planet. Solar Orbiter, will explore the Sun and its heliosphere, a huge bubble in space created by the solar wind.

JUICE will travel to Jupiter to study the giant planet and its large, icy moons. It will remotely probe the water oceans thought to exist beneath their icy crusts, to identify potentially habitable niches where life may have evolved in the outer Solar System.