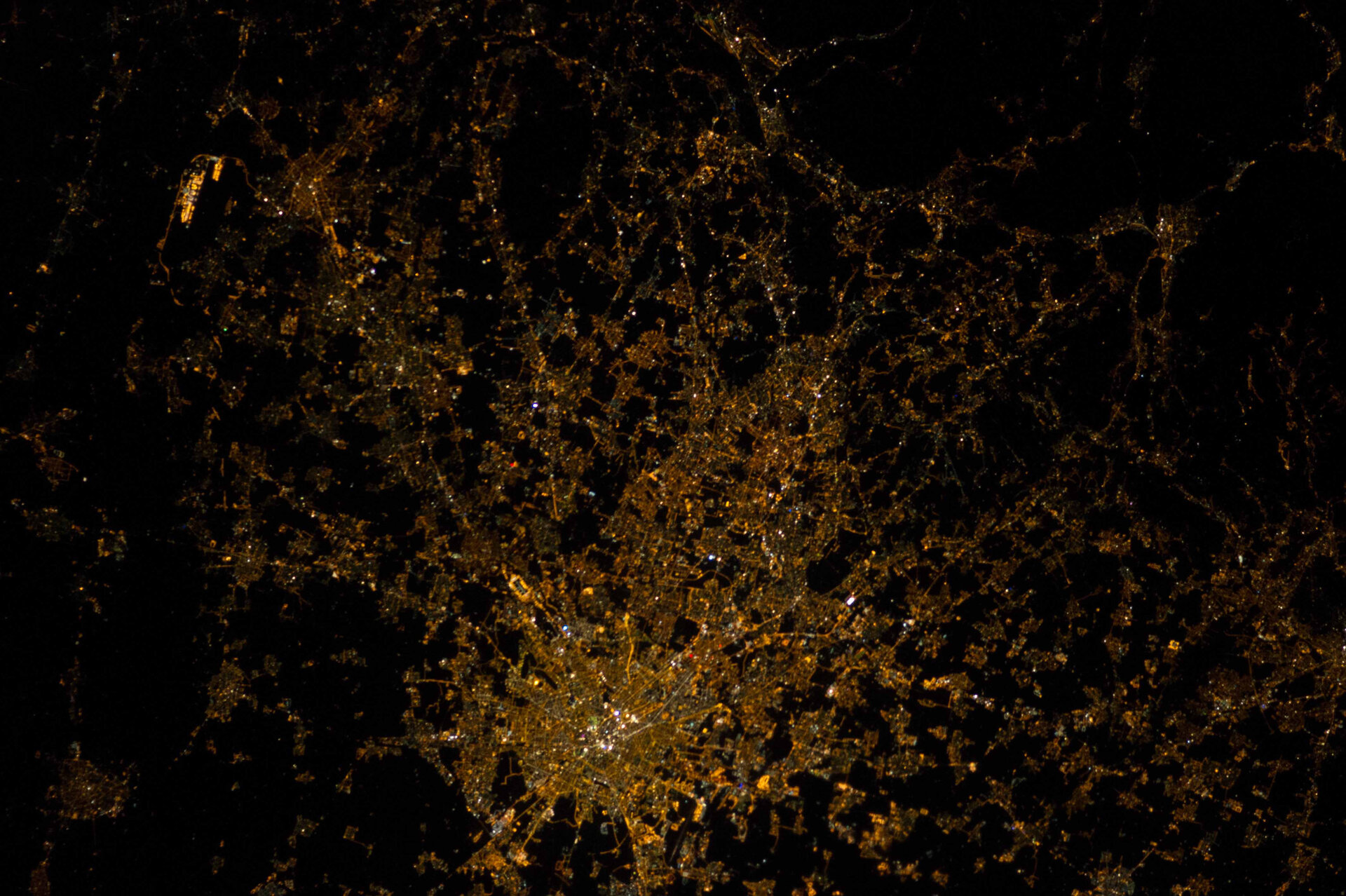 This patchwork of light is Milan, Italy, seen from space at night. An astronaut on the International Space Station took this picture from 400 km above Earth traveling at speeds of 28 800 km/h.

Street-lighting and well-lit buildings stand out from the darkness of agricultural fields and show the urban sprawl of this North-Italian city.

Two features stick out. The rectangular outline at the top left of the city centre is Fiera Milano, a trade and exhibition fair that was holding an event at the time this picture was taken, 8 December 2012.

At the top left is the City of Milan Airport clearly showing its runways for approaching aircraft.

This image was taken with the Nightpod camera-stand that tracks the movement of Earth passing under the International Space Station keeping any target fixed in the middle of the viewfinder. Standard cameras fixed to Nightpod can take pictures with longer exposure times so astronauts can take sharper pictures of cities at night.