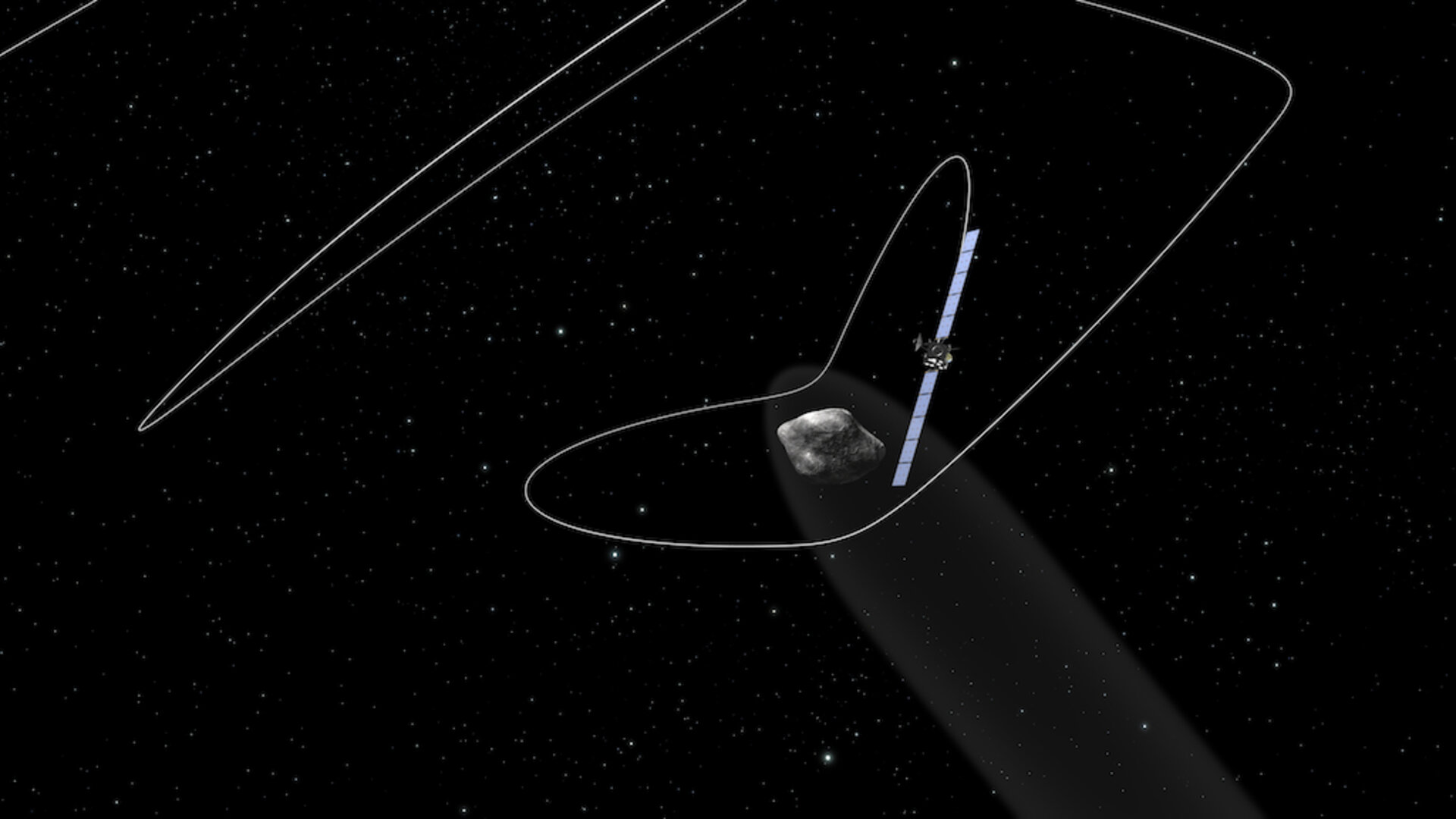 Still image from animation of Rosetta arriving at comet 67P/Churyumov-Gerasimenko in August 2014.

After catching up with the comet Rosetta will slightly overtake and enter orbit from the ‘front’ of the comet as both the spacecraft and 67P/CG move along their orbits around the Sun. Rosetta will carry out a complex series of manoeuvres to reduce the separation between the spacecraft and comet from around 100 km to 25-30 km. From this close orbit, detailed mapping will allow scientists to determine the landing site for the mission’s Philae lander. Immediately prior to the deployment of Philae in November, Rosetta will come to within just 2.5 km of the comet’s nucleus.

This animation is not to scale; Rosetta’s solar arrays span 32 m, and the comet is approximately 4 km wide.