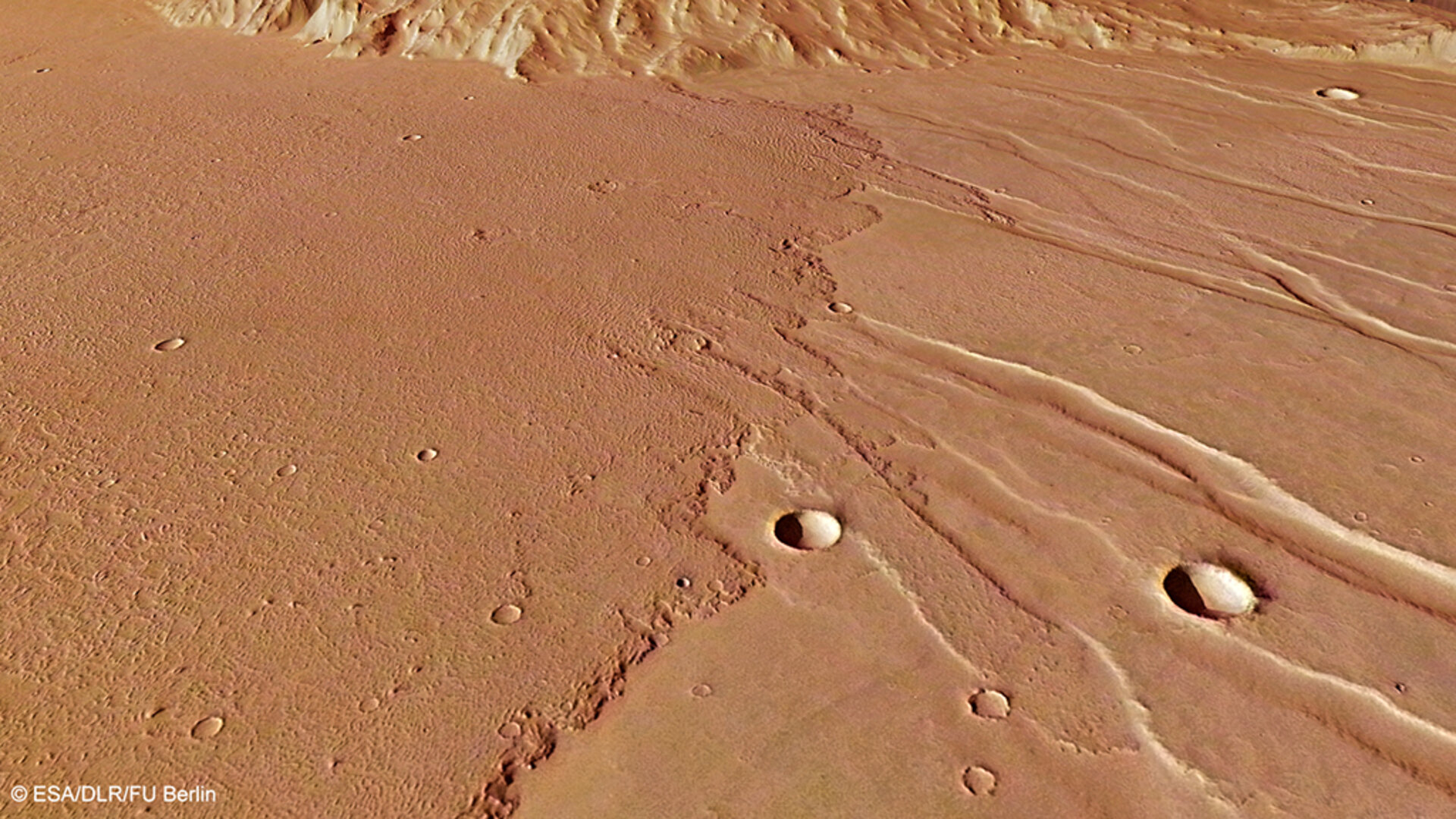 Close-up view of the two dominant lava flows that reach the foot of the highland terrain (seen at the top of the image in this orientation). The older of the two eruptions produced the smooth lava surface to the south of the island (right), which later experienced extensive faulting. The younger lava flow (left) has a rougher texture and overlies the faulted lava plain, and therefore occurred later, with some of the lava flowing into the troughs. This region was imaged by the high-resolution stereo camera on ESA’s Mars Express on 28 November 2013 (orbit 12 593), with a ground resolution of 14 m per pixel.