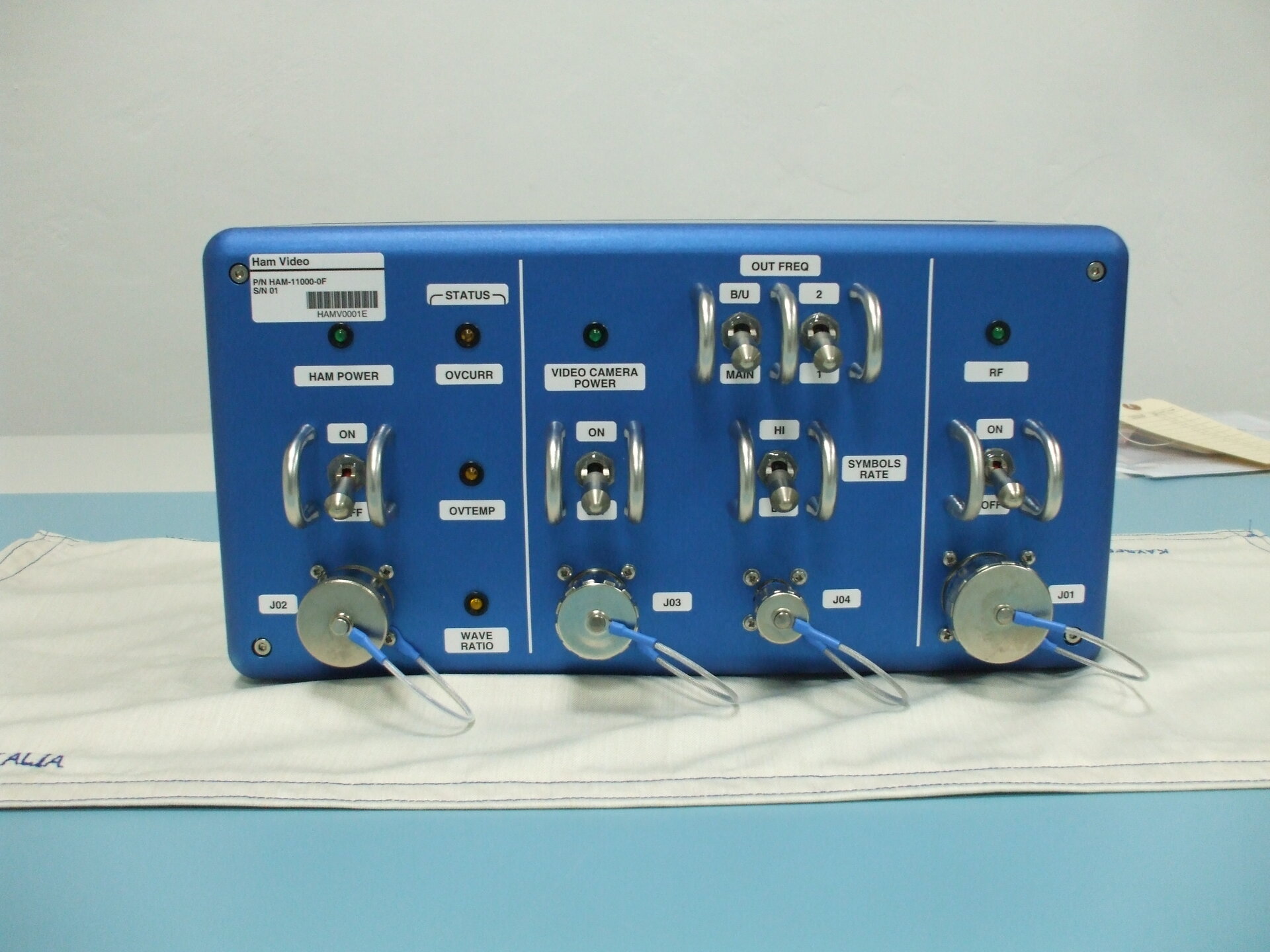 The equipment used by astronauts on the International Space Station to broadcast video. Amateur radio enthusiasts have been able to poll astronauts circling our planet using standard radio equipment since the Station was inaugurated in 2000.

The new Ham TV adds a visual dimension, allowing an audience on the ground to see and hear the astronauts.

The hardware, developed by Kayser Italia, was sent to the Station on Japan’s space freighter in August 2013 and connected to an existing S-band antenna on ESA’s space laboratory Columbus.