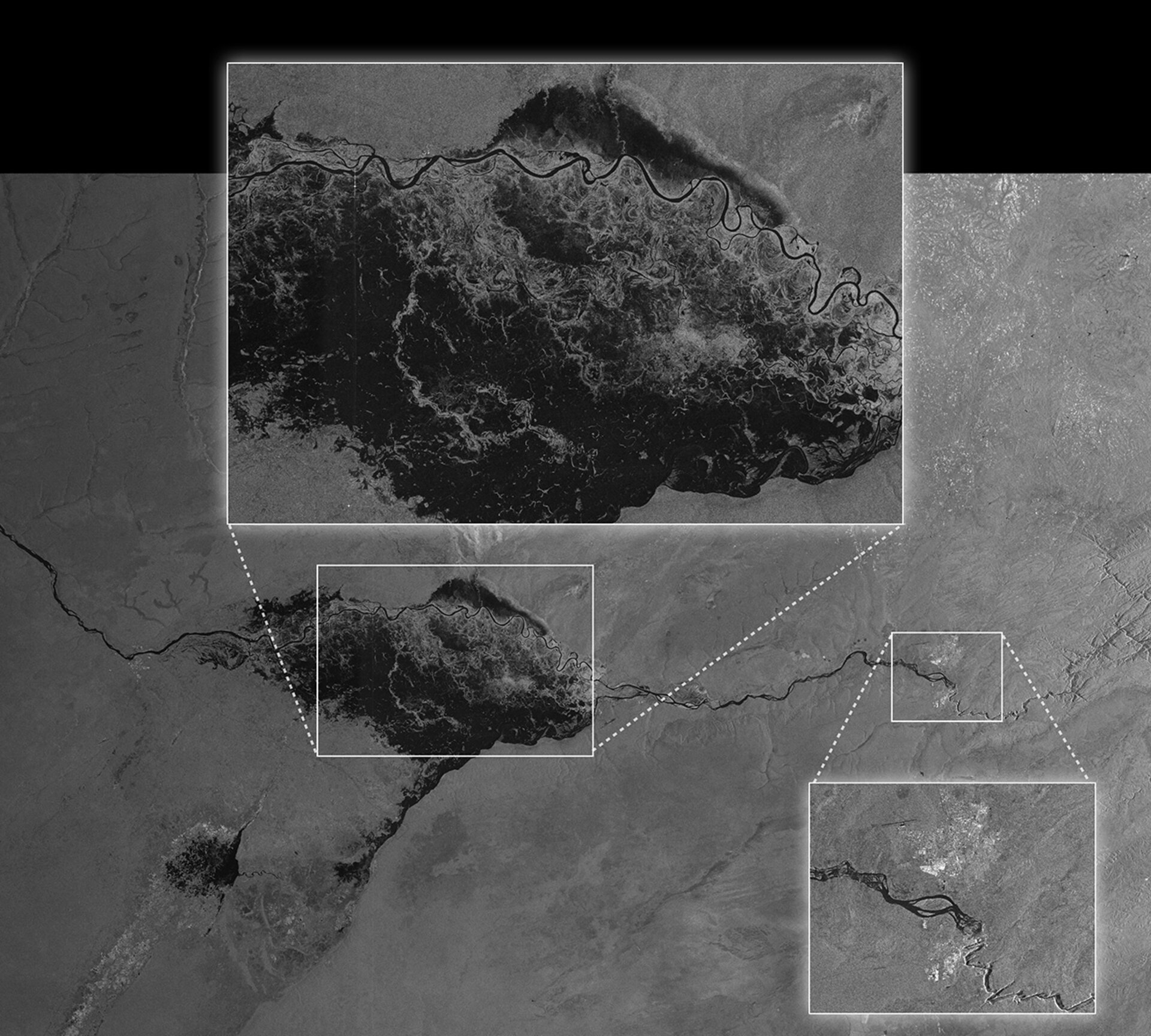 Acquired on 13 April 2014 at 03:50 GMT (05:50 CEST) by Sentinel-1A, this image shows the extent of flooding in the Caprivi plain from the Zambezi River in Namibia. Sentinel-1A acquired this image in its main ‘Interferometric Wide Swath’ mode with a swath width of 250 km and in dual polarisation. Victoria Falls is also featured in the image, further east along the Zambezi River. The image was downloaded two hours after acquisition and the resulting products were available in less than an hour. Such images can be taken in adverse weather conditions and during the dark, demonstrating the value of Sentinel-1’s radar vision.