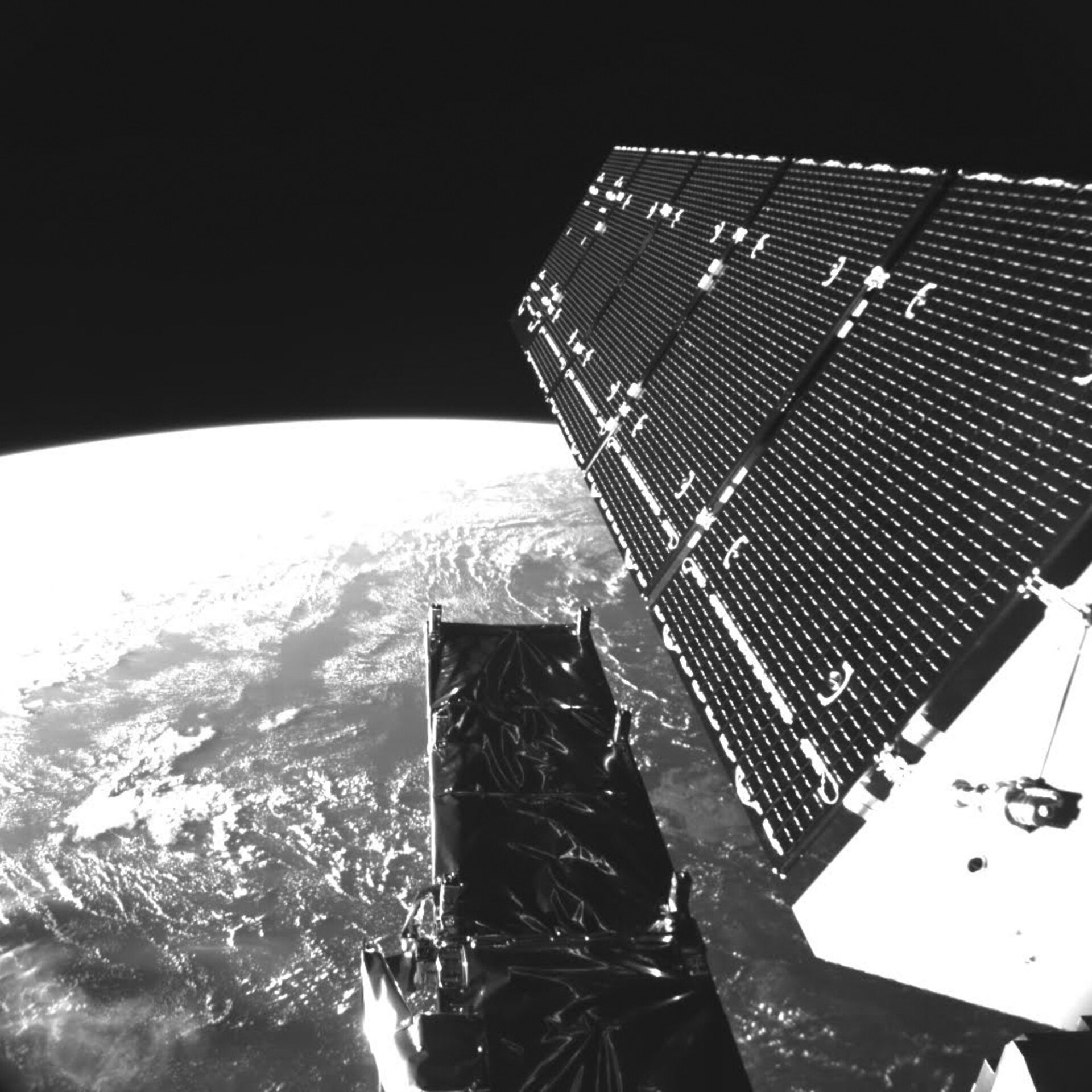 This image was acquired by the satellite's onboard camera on 4 April, just hours after Sentinel-1A entered orbit on 3 April 2014. It shows the top side of one of two deployed solar array wings as well as part of the radar antenna.

The solar wings and radar antenna opened together in a specific sequence that took around 10 hours to complete. As one of most critical stages in the life of the mission, it was choreographed by engineers on the ground and took place exactly as planned.

The sequence also allowed power from the wings to be available as soon as possible so that the satellite was independent.