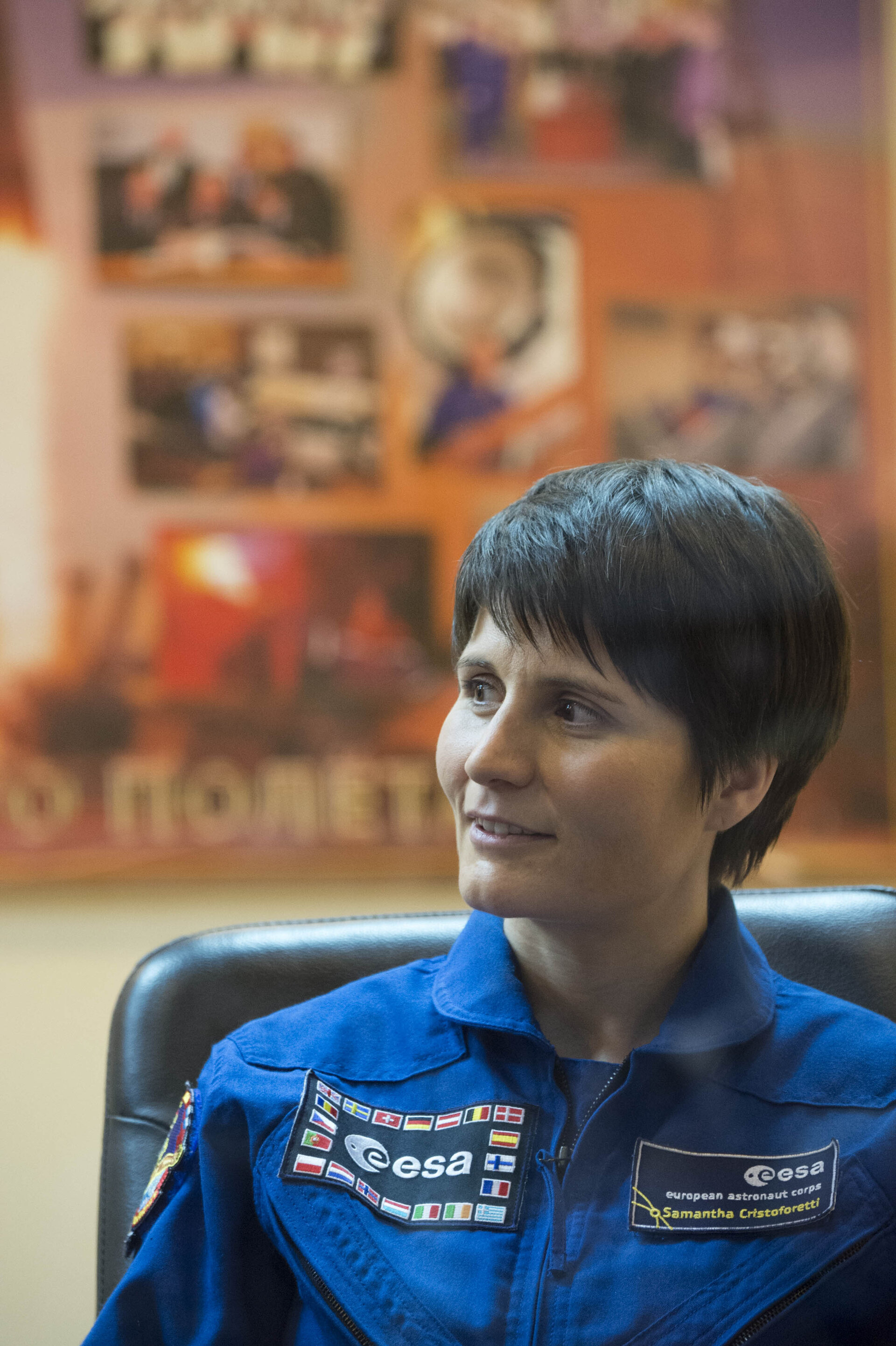 Samantha Cristoforetti during the press conference

Expedition 40/41 backup crew member, Samantha Cristoforetti of the European Space Agency, during the crew's press conference at the Cosmonaut Hotel, Tuesday, 27 May, 2014, in Kazakhstan.

ESA astronaut Alexander Gerst, Soyuz Commander Max Suraev of the Russian Federal Space Agency and Flight Engineer Reid Wiseman of NASA, are ready for launch on 28 May from the Baikonur Cosmodrome in Kazakhstan on the Soyuz TMA-13M spacecraft for a five and a half month mission on the International Space Station

The backup crew will watch their colleagues ascend from the Baikonur cosmodrome in Kazakhstan. From then on Terry, Anton and Samantha will focus on their own Expedition 42/43.