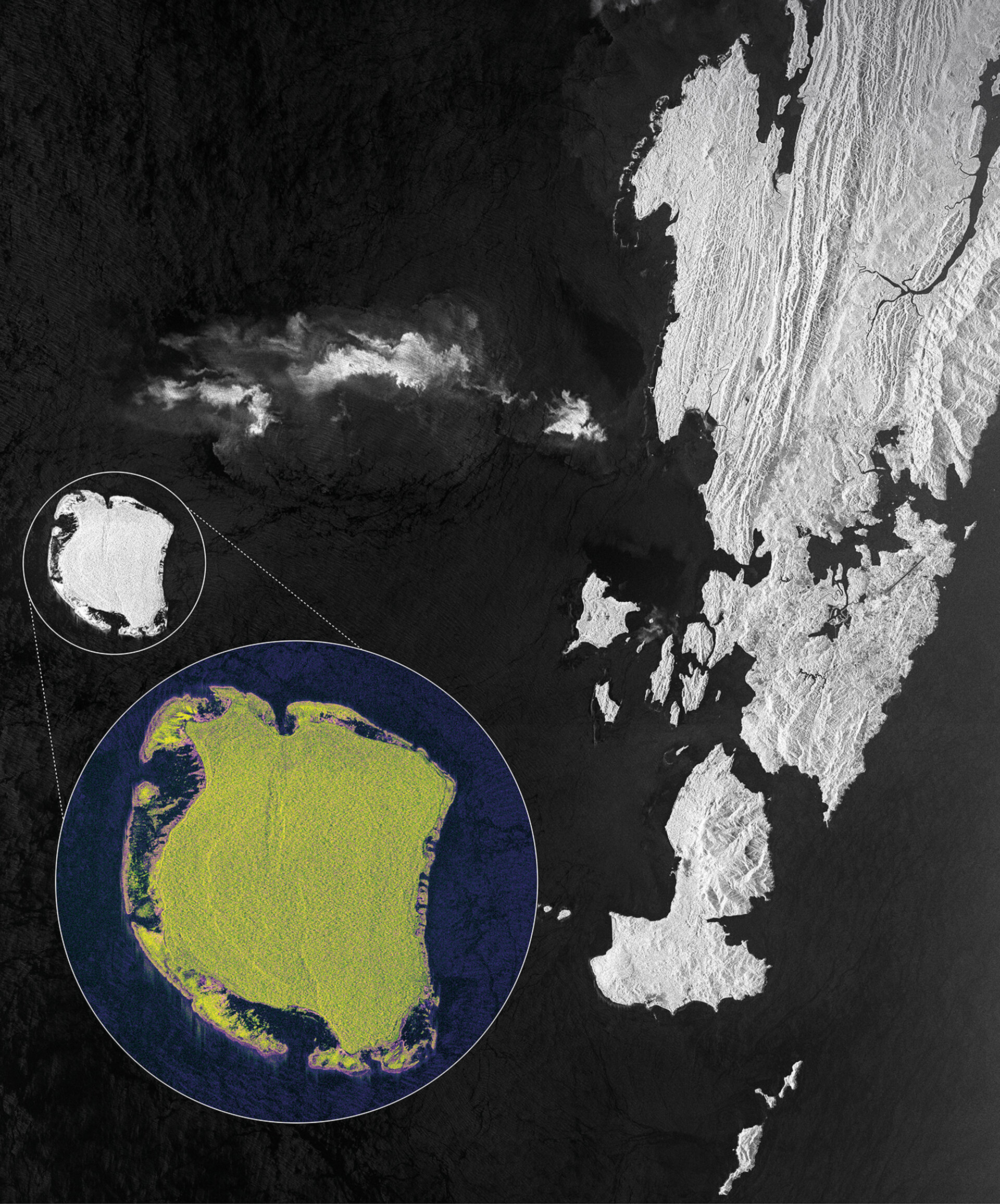 Acquired by the Sentinel-1A satellite on 22 April 2014, this image shows part of India’s Andaman and Nicobar islands in the eastern Indian Ocean. The bright white and somewhat round island to the west is North Sentinel Island. This image was acquired in ‘strip map’ mode with a dual polarisation in VV and VH.  In the close-up of North Sentinel, colours were assigned to different types of radar polarisations.