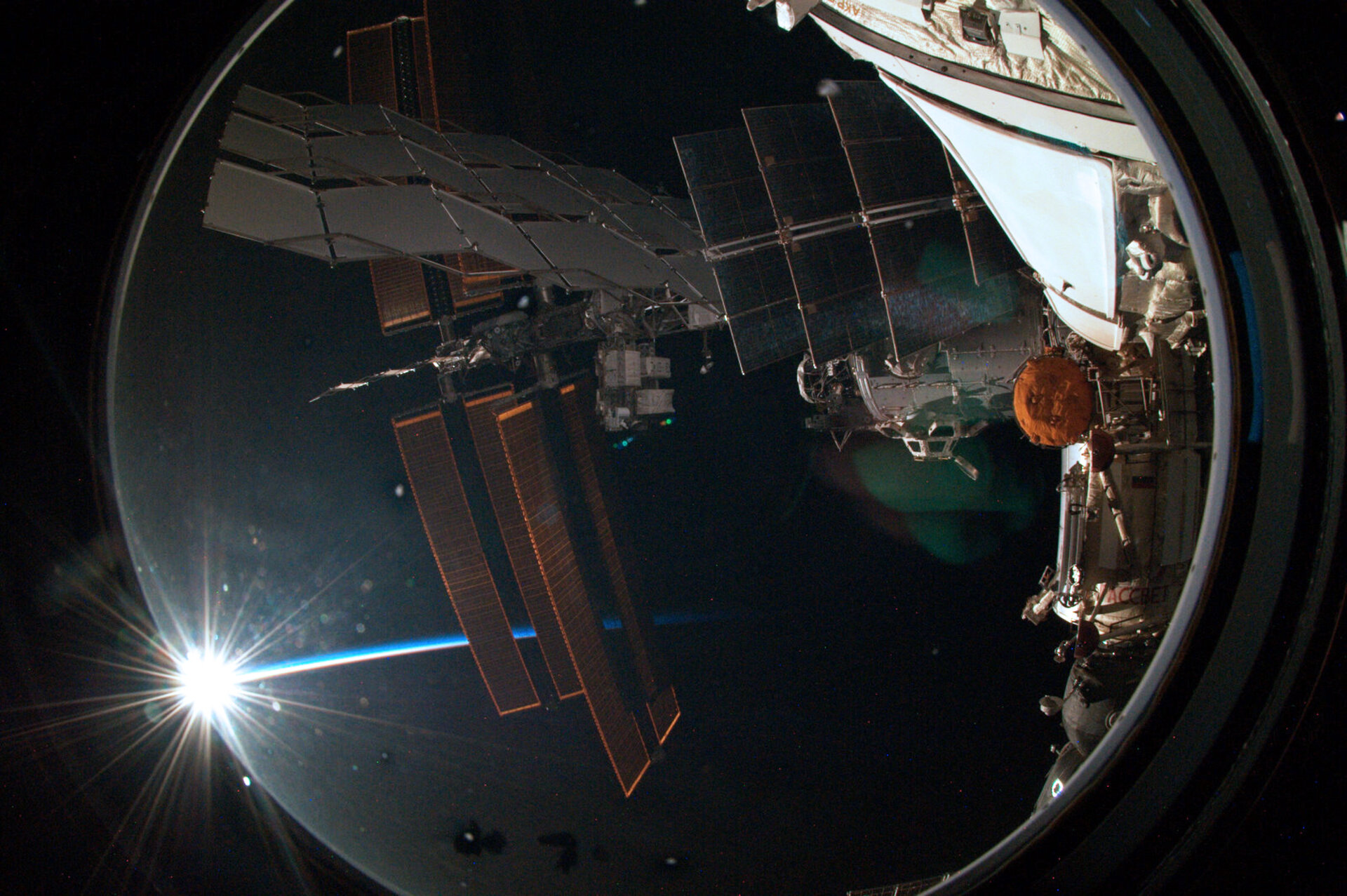 Home with a view

ESA astronaut Alexander Gerst tweeted this image from the International Space Station four days after his arrival at the outpost on a Soyuz spacecraft together with NASA astronaut Reid Wiseman and Roscosmos commander Maxim Suraev. His message was simply “Home for six months”.

The image is taken from the Russian part of the Station looking out of a viewport at the Station’s solar wings and the European Cupola observatory module as the Sun sets behind Earth.

Astronauts on the Space Station witness 16 sunsets and sunrises each day as they circle our planet at 28 800 km/h.

Alexander has 100 experiments planned for his Blue Dot mission. Follow his progress and more great images via alexandergerst.esa.int