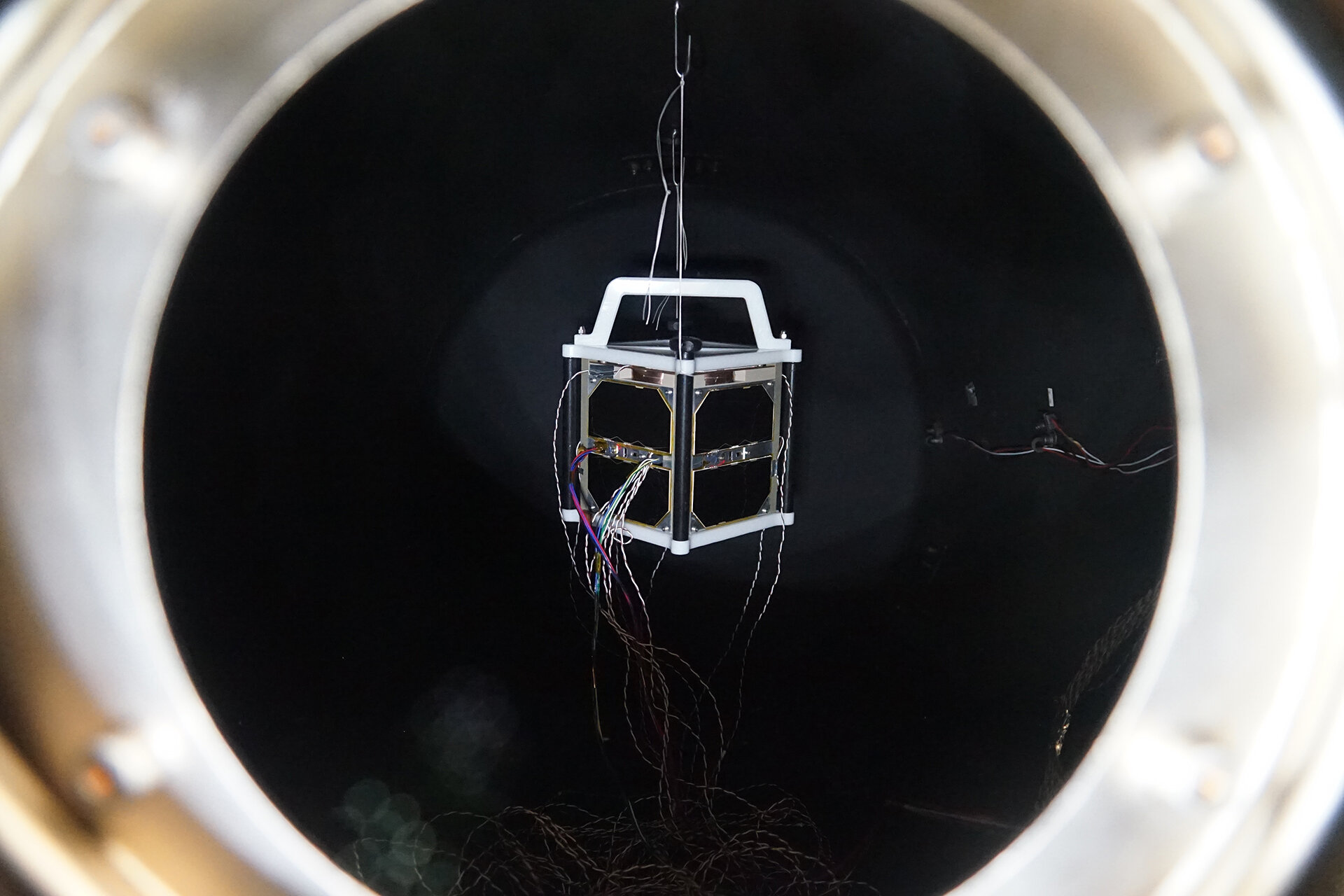 The miniature AAUSat satellite undergoes repeated temperature variations in a vacuum chamber, cooling the CubeSat to –10°C and heating it to +45°C for more than two weeks. This harsh baptism will make sure that it can cope with the conditions in space.

Aausat is a 10x10x10 cm satellite designed and built by students of the Aalborg University in Denmark. As part of ESA education’s Fly Your Satellite! programme, the satellite will be sent into space and the students have the chance to test it at the Mechanical Systems Laboratory at ESA’s technical heart, ESTEC, in the Netherlands.

The wires trailing from the satellite are to measure temperature and for power – it will fly without the wires and plastic casing.

The satellite seen here, AAUSat-4, will track ships around Greenland using radio identification signals. Its predecessor, AAUSat-3, is reaching the end of its life after 18 months in space, having received 100 000 signals from ships in the first week alone.

AAUSat-4 features a significant upgrade in software and better-protected solar panels that will deliver more power. ESA’s education programme is supporting AAUSat-4 testing, and if the satellite confirms its flightworthiness, the Agency will sponsor a launch opportunity.

“AAUSat-4 is run and made by students,” explain Mathias Mølgaard and Kasper Hemme, students from Aalborg University. “The systems are designed inhouse and it has been a great help for completing our thesis.”

“ESA Education is offering interesting hands-on programmes to university students,” says Piero Galeone, programme manager for Fly Your Satellite! “Students can participate in space programmes under ESA supervision, and can use state-of-the-art facilities, acquainting themselves with concepts and work practice used by space professionals.”

AAUSat-5 will be a copy of this model, but it will be released into space in 2015 by none other than Danish ESA astronaut Andreas Mogensen during his nine-day mission on the International Space Station.