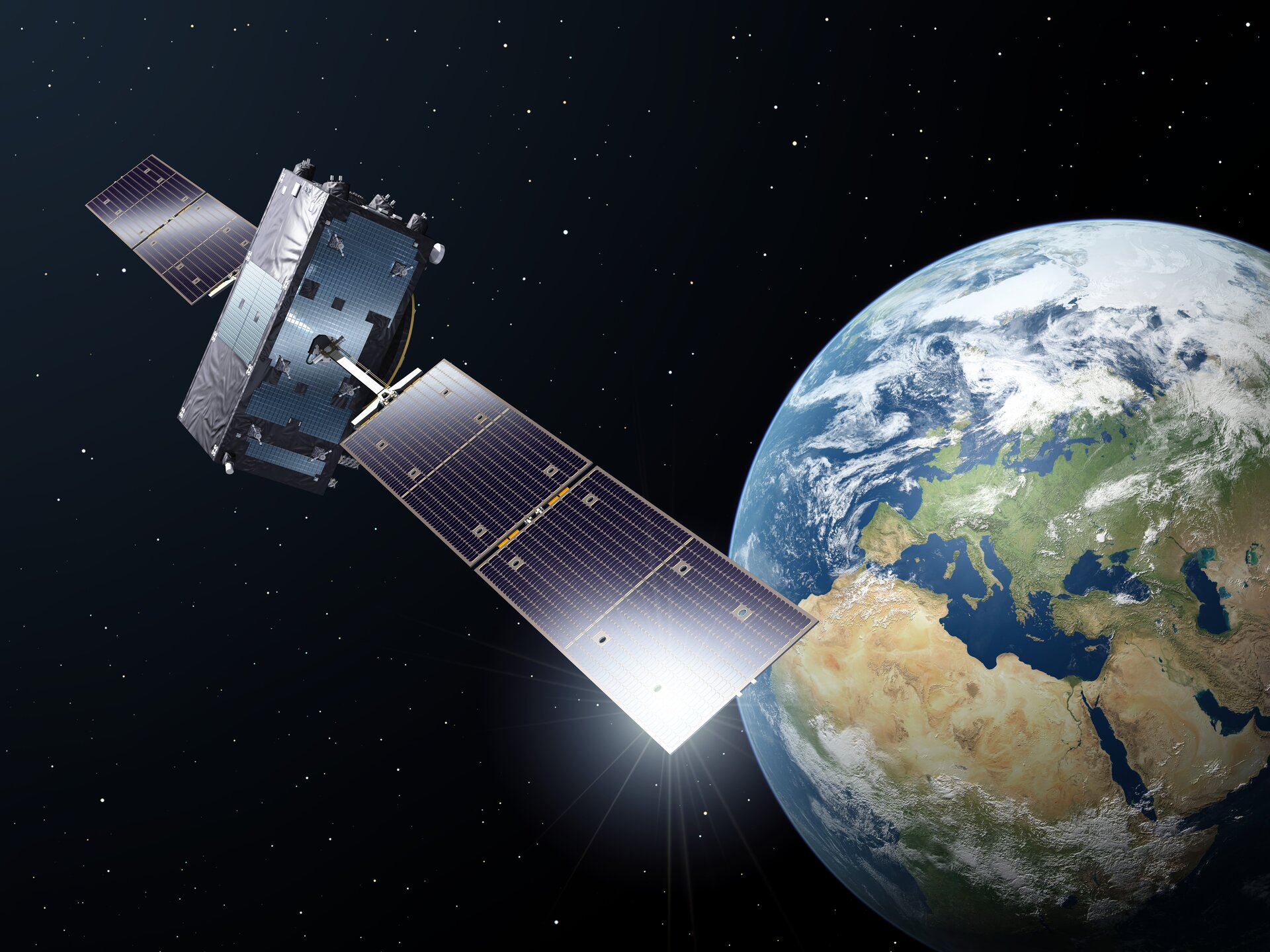 Galileo satellites are placed in medium orbits, at 23 222 km altitude along three orbital planes so that a minimum of four satellites will be visible to user receivers at any point on Earth once the constellation is complete. The fifth and sixth Galileo satellites, launched together on 22 August 2014, ended up in an elongated orbit travelling out to 25 900 km above Earth and back down to 13 713 km. In addition, the orbits are angled relative to the equator less than originally planned.