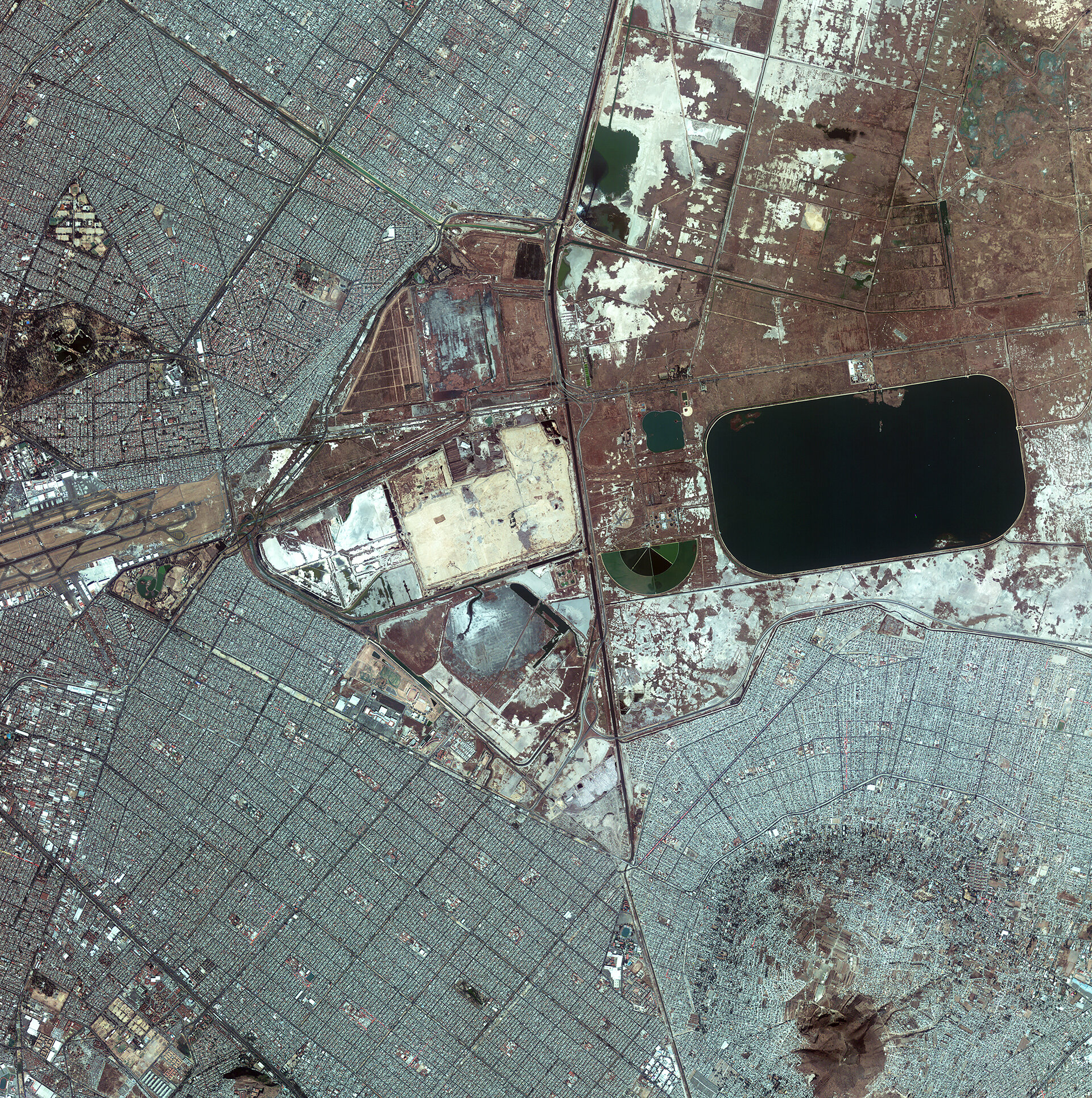 This week’s satellite image was acquired over the eastern part of Mexico City.

The area pictured lies within central Mexico’s highlands plateau called the Valley of Mexico. This valley was originally covered by the waters of Lake Texcoco but over the centuries the water has been drained. The area that has not been built up is today used for hydraulic management and is made up of reservoirs and ponds such as the large, dark Nabor Carrillo lake pictured here.

The area receives more than 100 000 migratory birds each year that travel through the Central Migratory Flyway, and is a key resting, feeding and breeding ground for several species of shorebirds.

In contrast to the open space of the former Lake Texcoco, Mexico City is a densely populated metropolitan area (left and bottom).

We can see the runways of the international airport on the far left. South of the airport is the Alameda Oriente recreational park with its somewhat spiral artificial lake. North of the airport, El bosque de San Juan de Aragón is another park and important green area.

City parks play a large role in the city’s effort to alleviate air pollution. In the early 1990s, pollution was believed to cause hundreds of deaths each year. Air quality has improved in recent decades through a series of government efforts to cut emissions.

This image, acquired by Korea’s Kompsat-2 satellite on 21 December 2012, is also featured on the Earth from Space video programme.