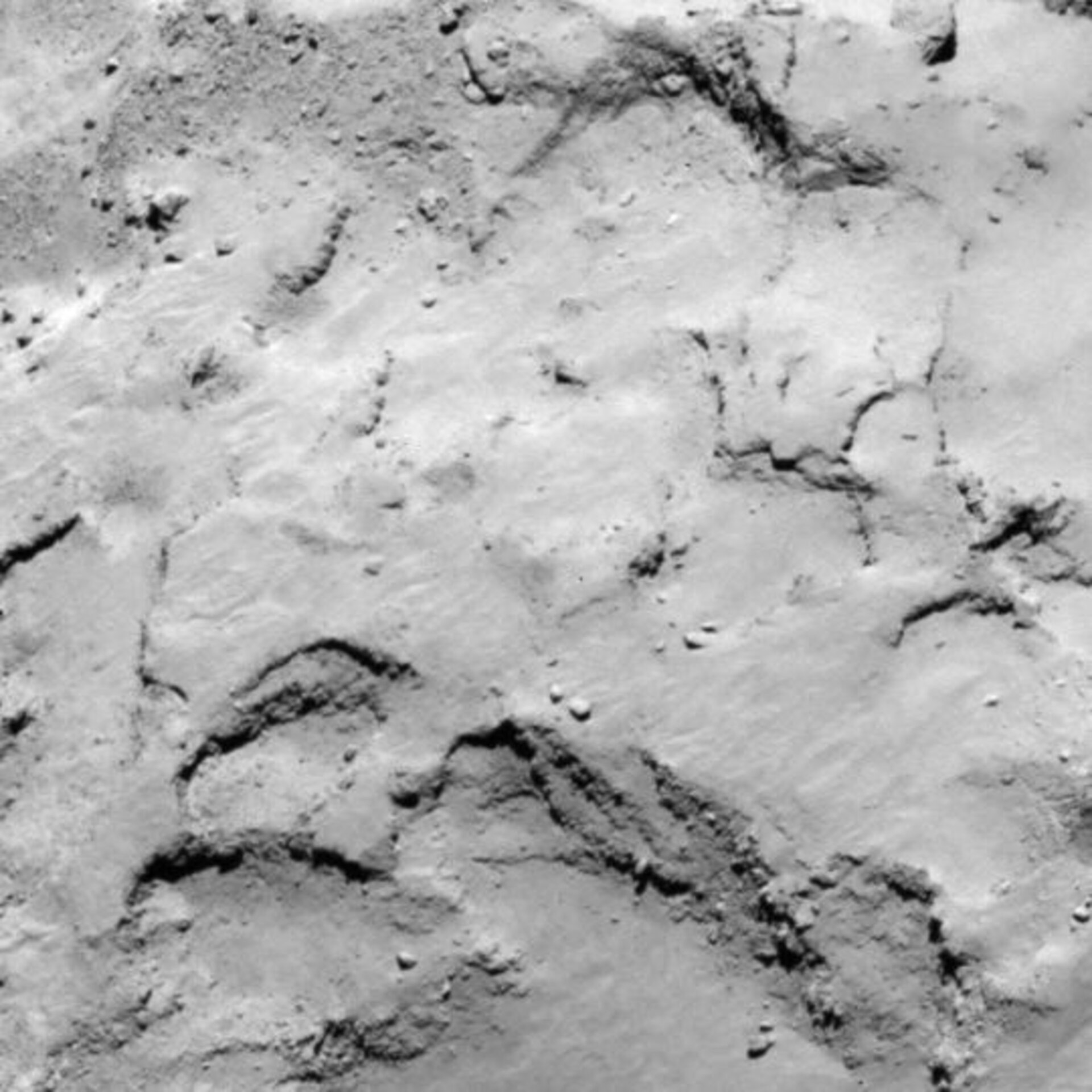 This image shows a zoom into candidate site J, on the smaller lobe of the comet.

Similar to site I, this site also offers interesting surface features and good illumination. It offers advantages for the CONSERT experiment compared with I, but higher-resolution imaging is needed to determine the details of the terrain, which shows some boulders and terracing.

The image was taken with Rosetta’s OSIRIS  narrow angle camera on 16 August, from a distance of about 100 km. The frame is about 1 km across and is centred on the mid-point of the landing ellipse. The image resolution is 1.85 m per pixel.