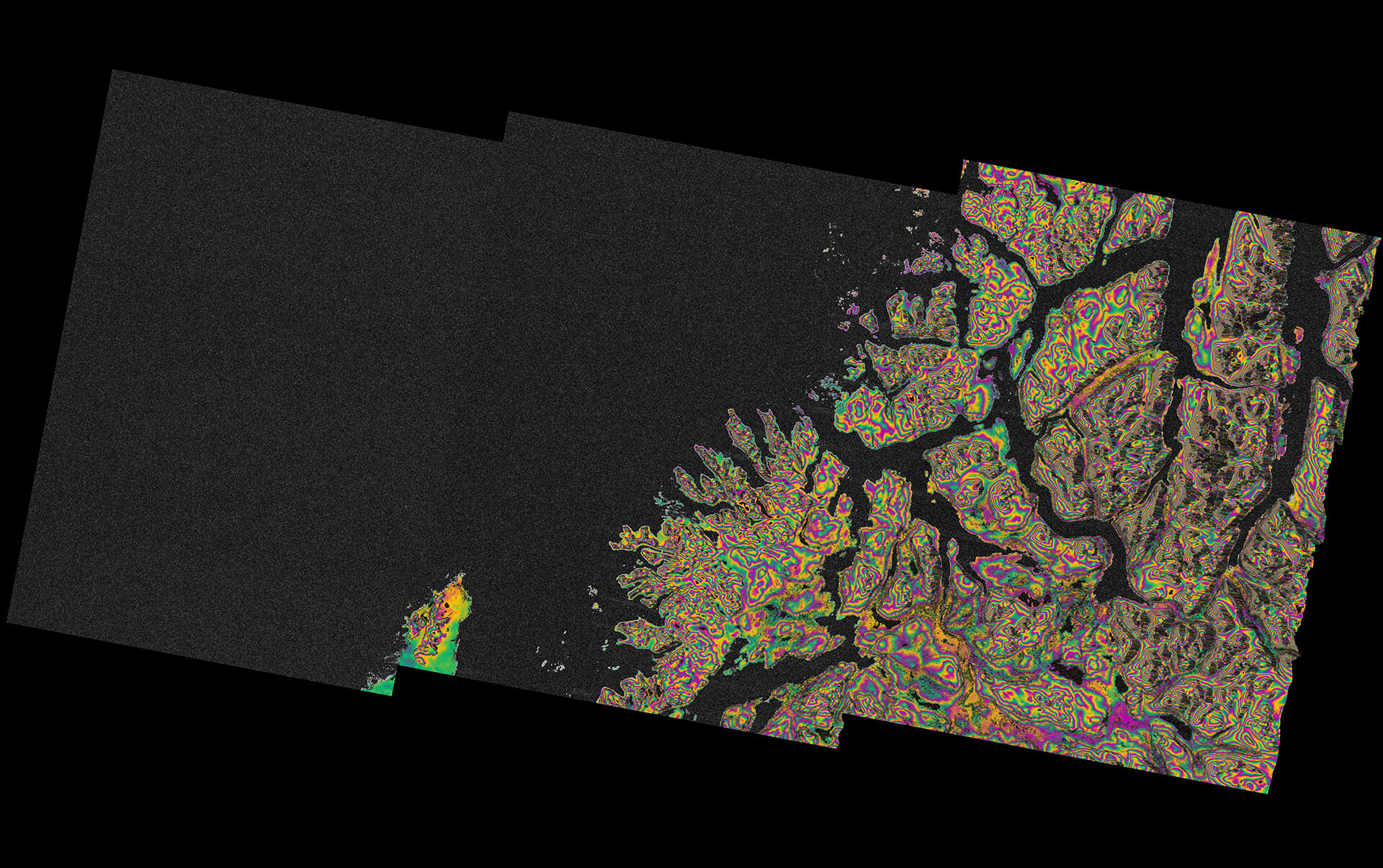 This interferogram of the northern coast of Norway combines two radar images acquired by Sentinel-1A on 11 August and 23 August 2014. Although Sentinel-1A is still being commissioned, this new result demonstrates how useful it will be to map the shape of the land and monitor ground movement. Synthetic aperture radar interferometry – or InSAR – is a technique where two or more satellite radar images acquired over the same area are combined to detect large-scale surface changes. Small changes on the ground cause changes in the radar signal phase and lead to rainbow-coloured fringes in the interferogram. In this case, the image mainly denotes differences in topography.

The Lyngen Alps are featured on the right where mountains up to 1800 m rise from the sea. Since the area is particularly prone to landslides, it is closely monitored. Large landslides could shift rock into the sea suddenly, which could potentially create tsunami-like waves. In 1810, such a wave destroyed a village, and history shows that this kind of natural disaster occurs a couple of times every 100 years in Norway. InSAR is already an important tool for nationwide rockslide hazard mapping by Norwegian authorities. The unprecedented coverage offered by Sentinel-1 will significantly increase the value of InSAR data for this purpose.