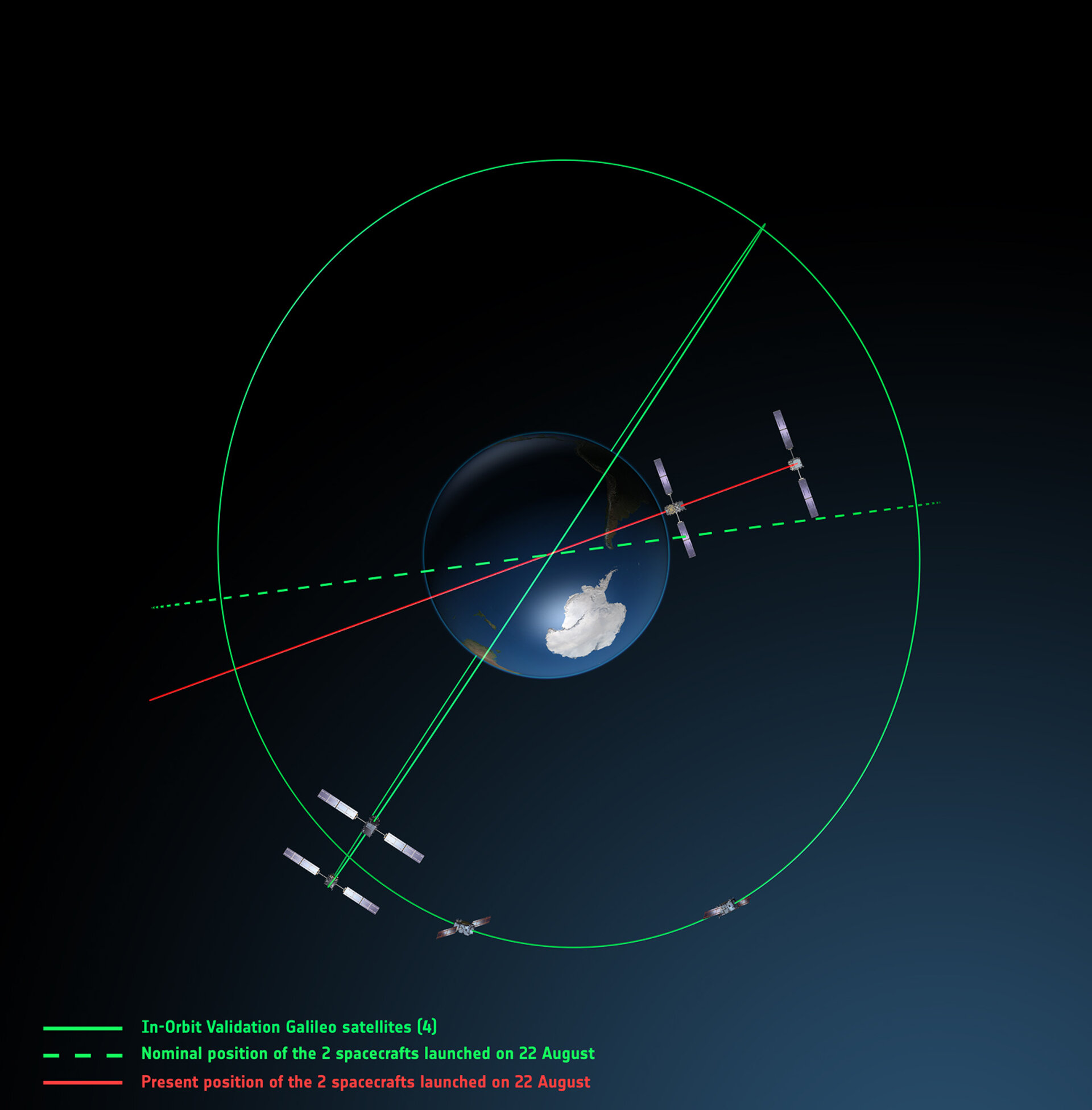 Galileo orbits viewed from above

Orbits of the fifth and sixth Galileo satellites launched together by Soyuz on 22 August 2014, in red, compared to their intended position, in dashed green, and the position of the four satellites launched in 2011 and 2012 in solid green. This view looks down over Earth’s South Pole, helping to illustrate how the two satellites’ orbital inclination relative to the equator is less than was intended. In addition, the satellites are in an elliptical rather than circular orbit, with a maximum altitude of about 25 900 km and a minimum altitude of about 13 700 km. This compares to a planned circular orbit of 23 222 km. The satellites are in a safe state, correctly pointing towards the Sun, properly powered and fully under control.