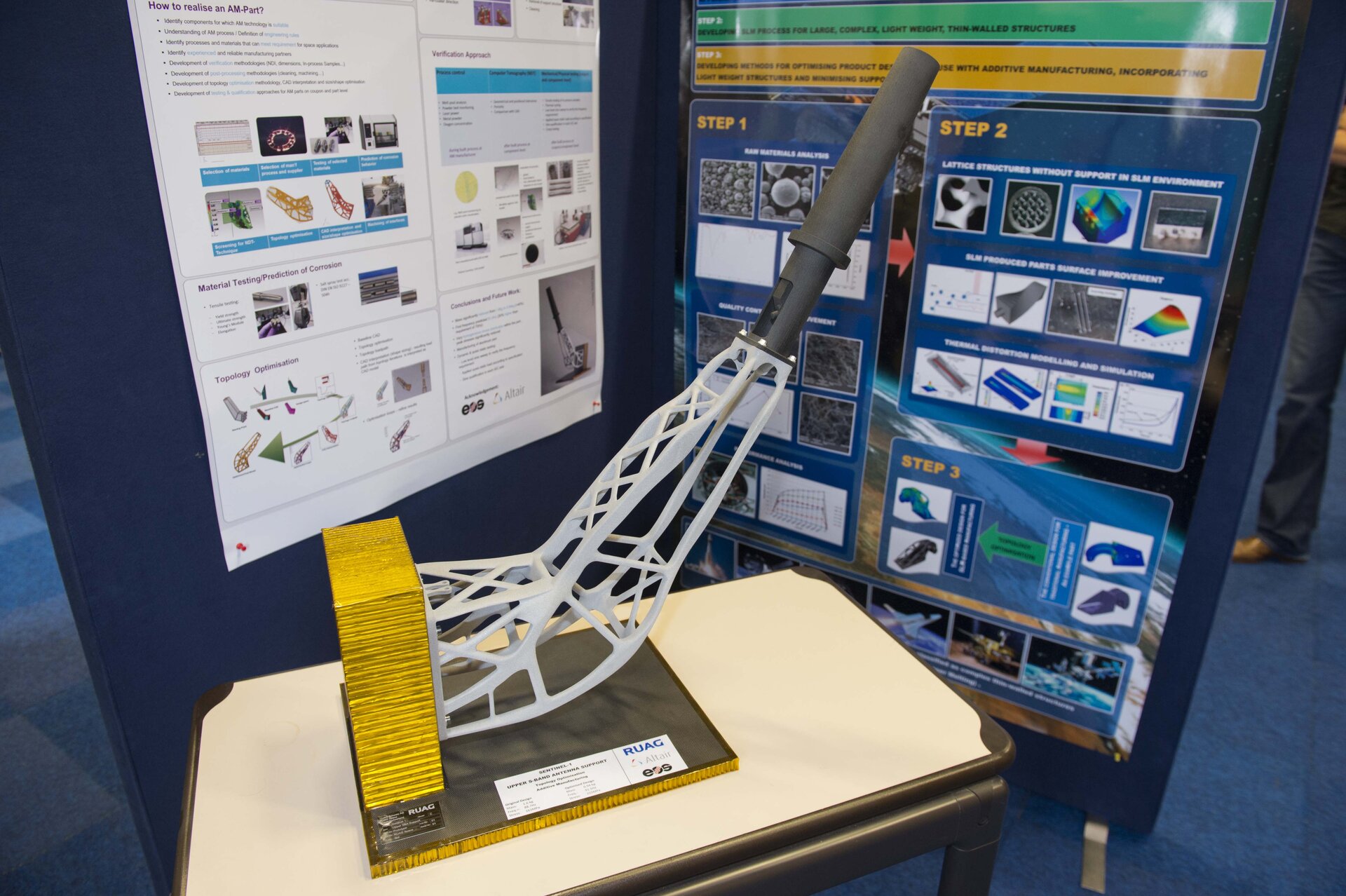 3D-printed prototype version of the support structure for ESA's Sentinel-1's upper S-band antenna, produced by RUAG Space Switzerland, with Altair and EOS. Produced in metal using selective laser melting, the redesigned part has a mass of 0.94 kg compared to the original part's mass of 1.4 kg, and also boasts improved stability. It was designed using 'topology optimisation', where software decides where material needs to go in order to best meet the part's function, constrained by its stress load and interface points with the rest of the satellite.