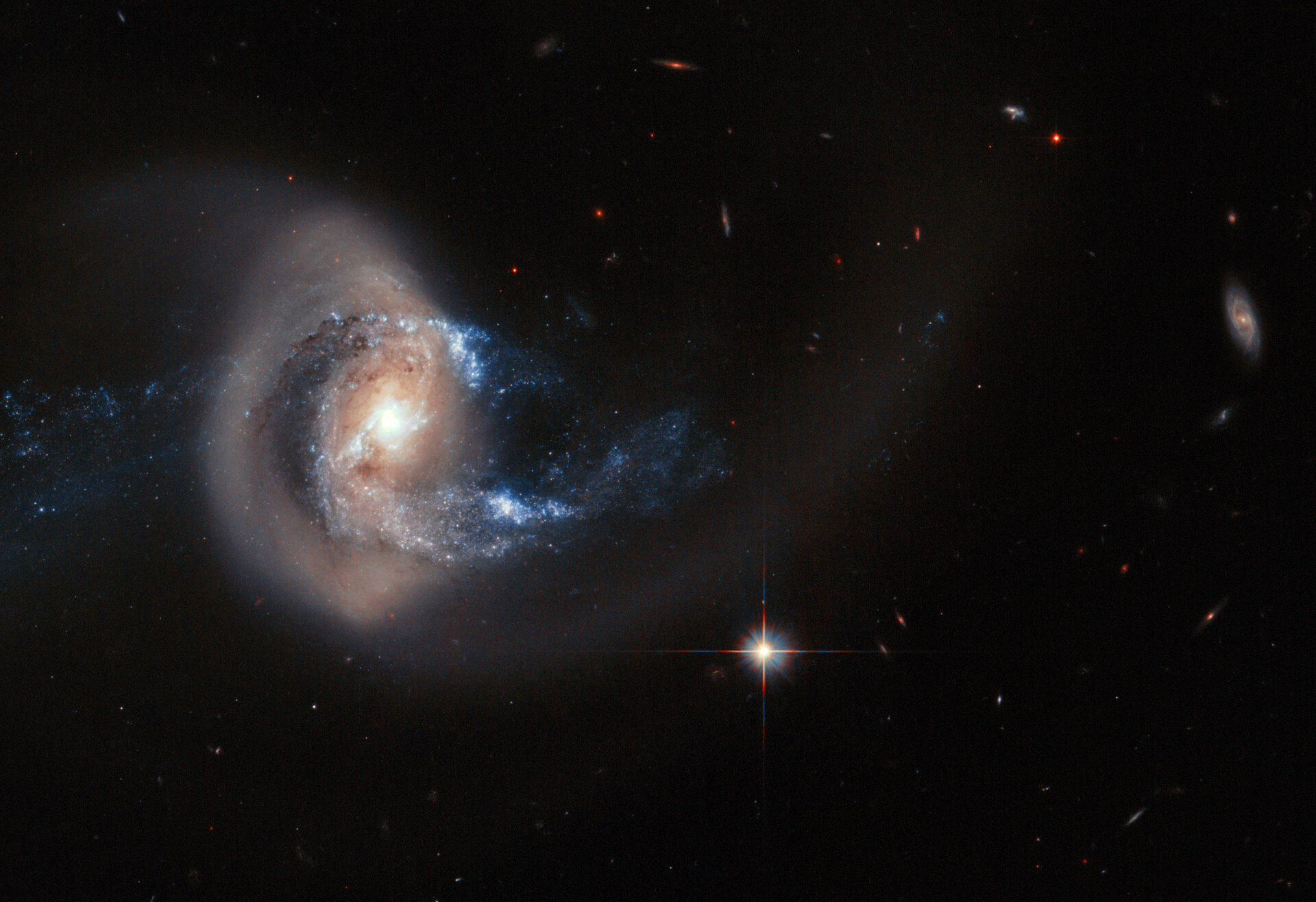 NGC 7714 is a spiral galaxy 100 million light-years from Earth — a relatively close neighbour in cosmic terms.

The galaxy has witnessed some violent and dramatic events in its recent past. Tell-tale signs of this brutality can be seen in NGC 7714's strangely shaped arms, and in the smoky golden haze that stretches out from the galactic centre — caused by an ongoing merger with its smaller galactic companion NGC 7715, which is off the top of the frame of this image.